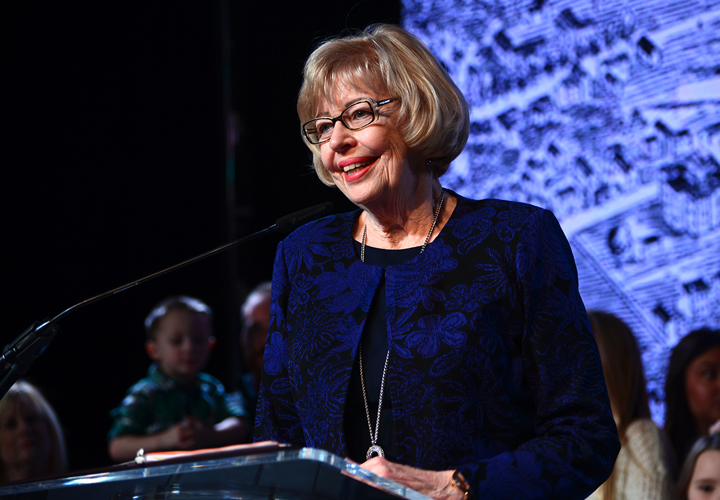 A desire to help people find their success and a strong entrepreneurial vision have helped Patti Penny create a lasting legacy in Springfield. Her contributions and her commitment to the area were celebrated on January 27, when the Chamber named her the recipient of the 2017 Springfieldian award.

The surprise announcement came near the end of the Chamber’s Annual Meeting, our largest annual event, held at University Plaza Hotel & Convention Center. The Springfieldian is the Chamber’s most coveted honor, given each year to an individual who exemplifies outstanding community service, excellence in his or her field and dedication to improving the quality of life for Springfield and its citizens.

Patti’s desire to help people succeed in their work led to her founding Penmac Staffing Services in January 1988. The company has grown from one office in Springfield to more than 31 offices in nine states, providing employment, education and training opportunities to more than 17,000 associates each year.

Much of the growth of the business came from her own individual initiative, as many of her friends and colleagues stated in a video announcing the honor. From purchasing a used van to transport employees in need of a ride to work to helping young women find the right clothing to enter the business world, Patti has never let a challenge stand in the way of her goals.

In 2010, the Penny family transferred ownership of Penmac to its employees through an Employee Stock Ownership Plan. In January 2012, Patti stepped down as CEO; she now serves as Chairwoman of the Board.

In addition to her work with her own company, she has been highly involved in the community, offering her time and support to countless women entrepreneurs and business leaders. She is a member of the Board of Directors for Council of Churches of the Ozarks and was involved in the creation of the Suit Yourself boutique. Patti also is a member of the Maple Park Cemetery and led the Voices from the Past fundraiser, which raised money for the cemetery’s historic gazebo restoration project.