Chamber looks back at 2016 and prepares for the future 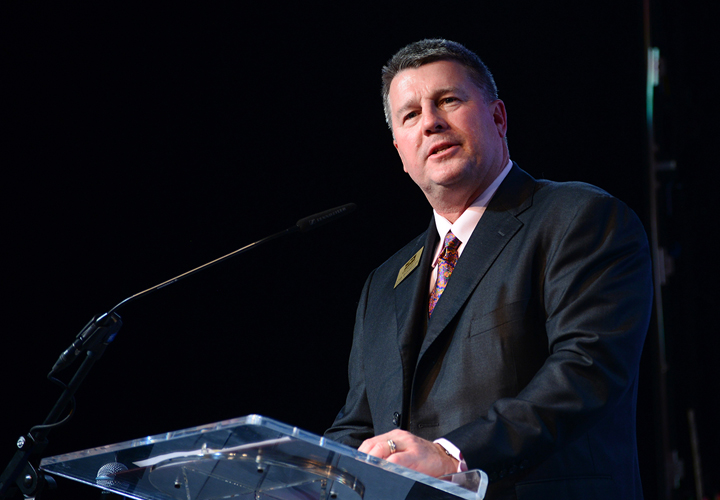 In our biggest yearly event, Chamber leaders touted the accomplishments of 2016 and the big goals on the docket this year, including a new Chamber-led initiative to create a long-term growth plan for our community.

More than 1,000 attendees were on hand at University Plaza Hotel & Convention Center to honor Chamber leadership from last year and look ahead to 2017. One of the highlights of the evening was the presentation of the annual Springfieldian award. This year’s recipient was Penmac founder Patti Penny. A large cadre of friends, family and colleagues honored Patti for her lifetime of work – building a successful business from the ground up and helping others meet their own business and personal goals.

The event, of course, would not be possible without a long list of sponsors:

The outgoing chairman of the Chamber’s Board of Directors, Debbie Shantz Hart of Housing Plus, took the stage to offer a message of hope for the community. She noted that small, daily decisions form the path to the future – for individuals, for businesses and for the community – and that those decisions should be made from a place of positivity.

“We need to boost our own self-esteem,” she told the group. “I’m not suggesting we ignore our issues. I only mean that … if we focus on what we can build, rather than what we should fix, we have the ability to be the catalyst for real, transformative change.”

Her speech was followed soon after by incoming Chairman John Wanamaker of BKD. In addition to premiering a new video outlining the benefits of the Chamber through the eyes of its members, John discussed how the Chamber can act as many things for the community, from a representative voice to a trusted convener.

To that end, he also unveiled a new community visioning effort being led by the Chamber. This effort focuses on the efforts of a Chamber-appointed visioning committee that will gather feedback from all across the community and make recommendations for an aligned vision of Springfield’s future, working to identify and prioritize key initiatives in the short-term and the long-term.

“The Chamber believes that the best way we can help address issues – whether it’s poverty, crime or even funding for important initiatives like education – is to support an environment where businesses can flourish,” he said. “Without economic growth, nothing else happens.”