Back in 1919, “live, progressive, public-spirited citizens” formed the Springfield Area Chamber of Commerce from five separate business organizations in a move that united the business community and pushed the growing community forward a giant leap.

More than 1,200 businesses scrambled to become members, which was impressive in a town of only 39,621 residents.

The organization soon made a name for itself, providing relocation services for businesses, helping distant manufacturers find dealers and assisting tourists. “Cities don’t grow—they are built. Springfield Chamber of Commerce is a city builder. . .” the Chamber Bulletin declared.

A campaign for a new road system for the newly invented gas automobile was one of the first projects the Chamber tackled. Also initiated was a free employment bureau for soldiers and sailors returning from World War I.

Decades later, the Chamber opened its doors at a facility at 320 N. Jefferson where it continued its leadership in economic development.

In the early 1990s, the Chamber engaged developer John Q. Hammons and hundreds of other business leaders in a campaign to provide the Chamber a new office facility that would ensure growth in a technological age.

In the midst of the Great Recession, the Chamber adopted a back to basics approach in an effort to better assist its members. Starting with an expanded focus on existing business retention, the Chamber began a new chapter.

In 2012, the Chamber was recognized by both its state and national peer associations as Chamber of the Year. Award judges noted that they were impressed by the Springfield Chamber's strategic plan, volunteer involvement and leadership, and advocacy initiatives. 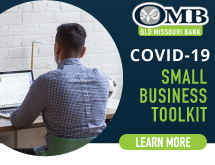