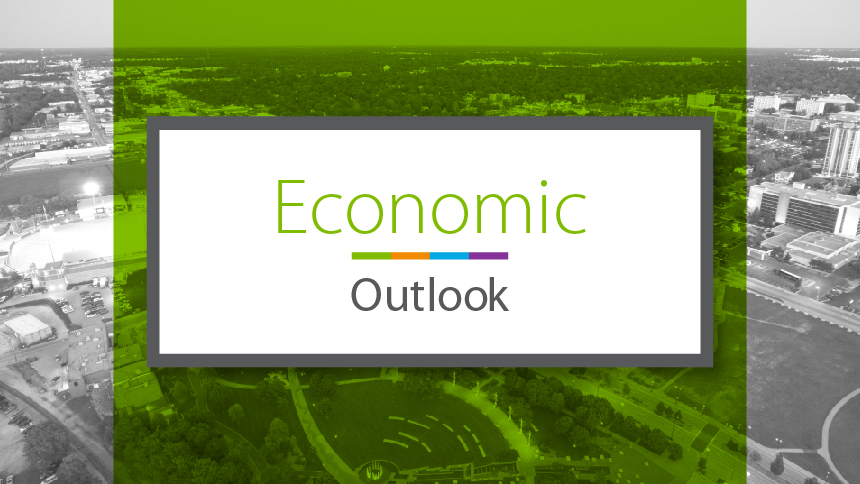 Charles Gascon, economist with the Federal Reserve Bank of St. Louis, delivered the keynote address for the 2020 Economic Outlook on August 19. Hosted by the Chamber’s economic development arm, the SBDC, the event was broadcast virtually from the studio of the event's presenting sponsor, BKD CPAs & Advisors. Joining from St. Louis, Gascon shared data on how the ongoing pandemic has impacted the economy nationally and regionally, as well as his own view* of the potential for the next several months.

Gascon noted that, according to St. Louis Fed data, the national economy was initially impacted at an unprecedented level by stay-at-home orders.  As a result, 46% of workers nationally were at risk of being laid off due to their work either being classified as “non-essential” or not completable from home. While unemployment did not reach that level, it still hit historic highs – nearly 15 percent nationally, and nearly 12 percent in the Springfield MSA.

The biggest losses, not surprisingly, were in the leisure and hospitality sectors, though nearly every part of the job market was hit hard in our area.

However, he noted that a large majority of the newly unemployed were in the category of temporary layoffs, which have steadily declined in subsequent months. “Assuming this pace continues, we could see – at least from the unemployment rate perspective – a fairly substantial rate of recovery over the next couple of months, as those workers on temporary layoff are recalled back to work,” he said.

Gascon also noted the federal fiscal response to the pandemic, which has allowed many of those workers to safely stay at home in recent months, including expanded federal unemployment benefits and the Payroll Protection Program loans for businesses. “That’s what has buffered some of the decline and allowed for a somewhat substantial rebound over the past few months.”

One of the major lingering negative economic effects has been on state and local governments, which Gascon said will continue to feel the impact of lost sales and corporate income tax revenue combined with increased costs from necessary pandemic mitigation efforts.

In terms of revenue, total loss for state and local governments going forward will depend largely on how fast the health of the nation – and of the economy – recovers. Opinions vary on how quickly that will happen; consumer confidence levels, for example, are at their lowest point since mid-April, indicating a general level of wariness.

Gascon also said it’s difficult to quantify the potential effects of other X-factors such as the impact of schools reopening or companies finding ways to innovate and work remotely.

“The U.S. economy has a long history of innovating even during difficult times. Businesses that couldn’t operate in the current environment have found new ways to operate, and this alone could lead to significant gains in productivity for the overall economy as we come out of this recession if some of those things stick,” he said. “The question is, what will innovation look like as we move forward?”