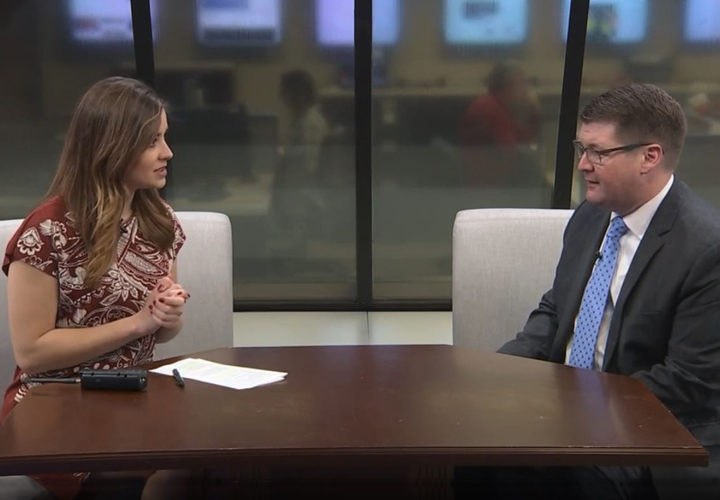 As the Chamber works to help companies create jobs in our community, part of that effort includes helping the public understand the state of the local economic environment, and the process by which we encourage businesses to invest here.

Chamber President Matt Morrow has been featured in two different in-depth interviews in local media recently, offering insight into different aspects of the work done by the Chamber and its economic development arm, the Springfield Business Development Corporation (SBDC).

In Mid-March, he sat down with Michele Skalicky of local National Public Radio affiliate KSMU to discuss the local economy and the environment for employers. Morrow said the state of the economy is strong, and unemployment locally is around 2 percent. This is good for job seekers but creates difficulty for businesses looking to expand. The issue is compounded by the Springfield area’s population growth, which is only at around 1 percent – “not as robust as areas winning a lot of projects right now,” he said.

These factors have made the Chamber and SBDC’s focus on workforce development, talent attraction, and placemaking that much more important – drawing in new people helping residents continually develop new skills is crucial.

Morrow also noted that wages in our area are increasing; Greene County wages grew by roughly 6 percent in the last quarter of 2018 compared to the same time a year earlier, making it one of the fastest growing counties in the nation. And companies will likely continue to make wages more competitive to attract and retain talent, he added.

Later in March, Morrow sat down with Jenifer Abreu at Ozarks Tonight for a discussion of how communities like the Springfield region attract new businesses and encourage existing businesses to expand. The discussion was spurred by interest in the recent decision by Amazon to abandon plans for half of the HQ2 deal to locate in Queens, New York.

He said that the Amazon deal was unique for a number of reasons, including the scale of the project and the fact that it was conducted in the open rather than in private negotiation. But the use of incentives to encourage businesses to choose one location over another – a sticking point for those opposed to the Amazon deal -- is often misunderstood. In Missouri, for example, companies are not provided cash for economic development projects and many incentives are only offered when Missouri is competing with other states.

Morrow pointed out that it’s important to have an accurate understanding of how certain incentives, like Missouri Works, are only accessed by employers once the jobs have been created and are generating income and revenue.

“It’s an incentive program that’s paid on the back end to employers as a tax credit – a rebate of a portion of the payroll taxes on new jobs that are created,” he said. “If those jobs weren’t created, you wouldn’t see that tax revenue. So, if there’s some way to use some small portion of that tax revenue on the back end to incent employers to create jobs here instead of somewhere else, we want to be on that competitive edge.”