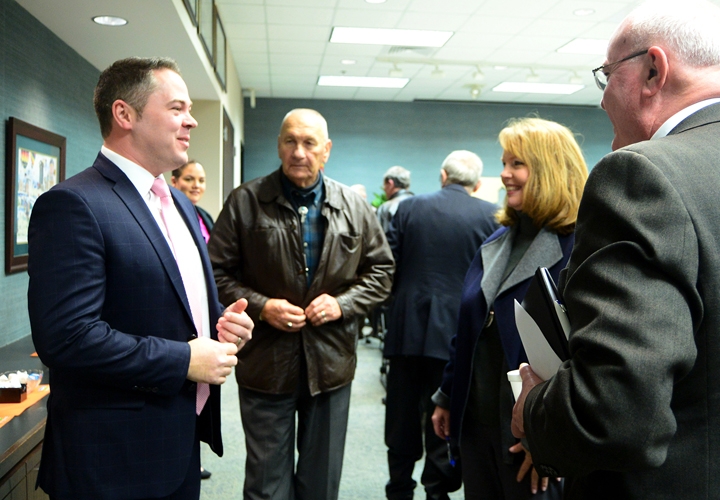 At the end of his first week as Speaker Pro Tem of the Missouri House of Representatives, Elijah Haahr (R-Springfield) visited the Chamber to speak with a packed house and offer a look at the top priorities for the 2017 legislative session.

Haahr, who is beginning his third session in the Missouri House, told the Governmental Relations Committee that one of the first orders of business is passing right to work legislation – one of the Chamber’s top priorities for several years. The legislation is likely to move through the legislature early in the new session.

In addition to right to work, the next items on the agenda likely will come in several areas of reform:

Haahr also talked about the desire to pass a statewide bill for transportation network companies. He praised Springfield City Council and specifically thanked Mayor Pro Tem Ken McClure for the recent passage of a Springfield ordinance that will now serve as a statewide model. Movement is already underway on that front, as a Missouri House committee heard testimony on January 10 about a bill to regulate TNCs. 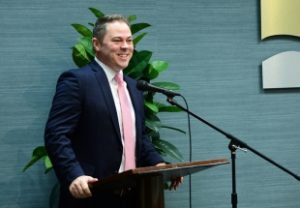 Beyond these initial priorities, however, Haahr said the remainder of the session could go in a number of directions. One of the first items to be completed – as required by statute – is the annual budget. Gov. Greitens has until Feb. 1 to present a budget proposal to the legislature, and Haahr noted that lawmakers likely will not move much in that direction before receiving that proposal.

One “sticky issue” will be funding for transportation infrastructure. Haahr noted that the easiest way to fix infrastructure issues would be to increase revenue, but new taxes have not had much public support in the recent past. A sales tax failed on the ballot in recent years, and a gas tax – proposed in the last session but not making its way out of the legislature – is, as Haahr said, “the only thing less popular than a sales tax.”

Chamber members at the presentation also asked about several other issues, from workforce development to corporate income tax revenue, streamlined sales tax and education funding. In most cases, Haahr said bills on those topics have been introduced, though there is uncertainty about when and if they will progress out of their various committees.

Wherever the new year goes, Chamber representatives will be on hand in Jefferson City each week throughout the legislative session to advocate for the issues important to Chamber members.