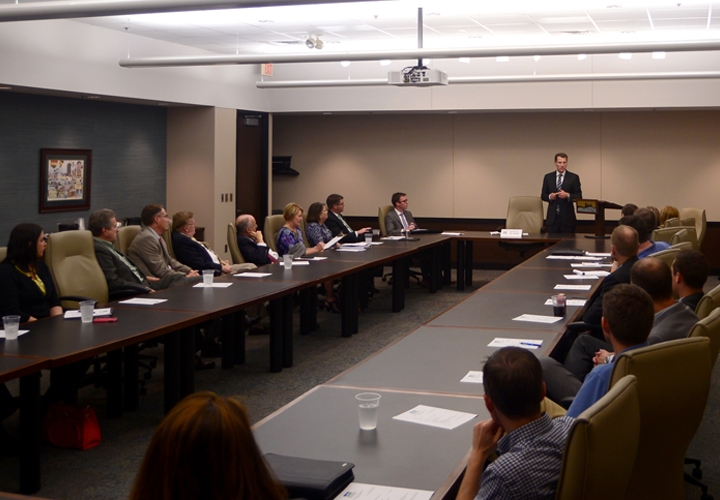 July was another busy month for the Chamber’s advocacy efforts, as leaders from both the state and federal level visited Springfield to hear from area business leaders and offer a glimpse at the political climate.

When he visited the Chamber’s Governmental Relations Committee July 7, State Treasurer Clint Zweifel said Missouri is in good financial shape, though the next few years will be crucial in determining whether that healthy outlook continues.

Zweifel, speaking to the Chamber’s Governmental Relations Committee, is wrapping up his second and final term as the state’s treasurer and chief financial officer. Term limits prevent him from running for the office again. He discussed several programs that have grown during his seven-plus years in office.

Congressman Billy Long visited the Chamber July 26 to speak to the Governmental Relations Committee, he offered both a look back at what has been accomplished this session and a look at what still needs to be done.

Long discussed some of the items he has worked to pass in Congress, as well as other issues he sees on the horizon. Among the issues Long has worked on:

Congressman Long was first elected to the U.S. House of Representatives in 2010; he is up for re-election in November. Read more about the congressman’s presentation.