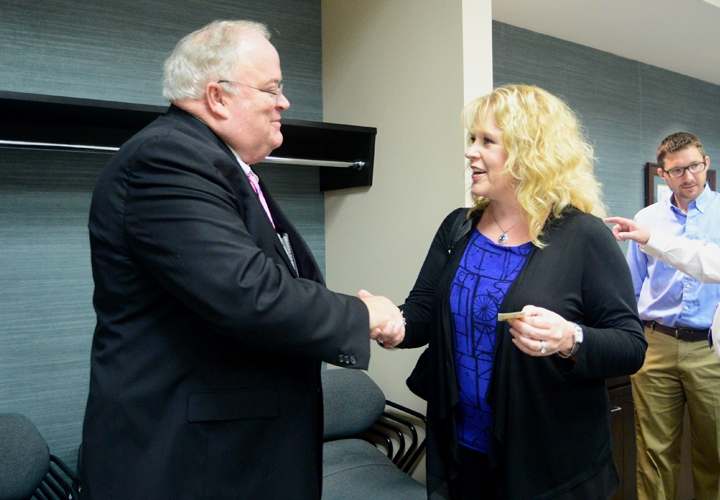 When Congressman Billy Long visited the Chamber July 26 to speak to the Governmental Relations Committee, he offered both a look back at what has been accomplished this session and a look at what still needs to be done.

Long—who has received several awards for his focus on business issues including the Award for Manufacturing Legislative Excellence from the National Association of Manufacturers—shared stories of his time in Congress with the 50+ attendees in the room.

He discussed some of the items he has worked to pass in Congress, as well as other issues he sees on the horizon. “I try to vote for what’s best for the people of my district, even if it’s not in total agreement with GOP leadership,” he told the crowd.

Among the issues Long has worked on:

Long also is taking an interest in issues to address the country’s “opioid epidemic.” He met with officials from Mercy, CoxHealth and Jordan Valley Health Center on July 25 to hear from emergency room doctors about the issues they deal with each day related to opioid addiction. Long noted that Missouri is the only state without an opioid registry system.

As for the wide variety of issues he has worked to address, Long compared himself to a character from a well-known marketing campaign.

“I’m like the Energizer Turtle,” he joked, a comparison to the famous Energizer Bunny. “I don’t necessarily move fast, but I never stop moving.”

Congressman Long was first elected to the U.S. House of Representatives in 2010; he is up for re-election in November.