The Springfield region is poised for greatness – with the right moves 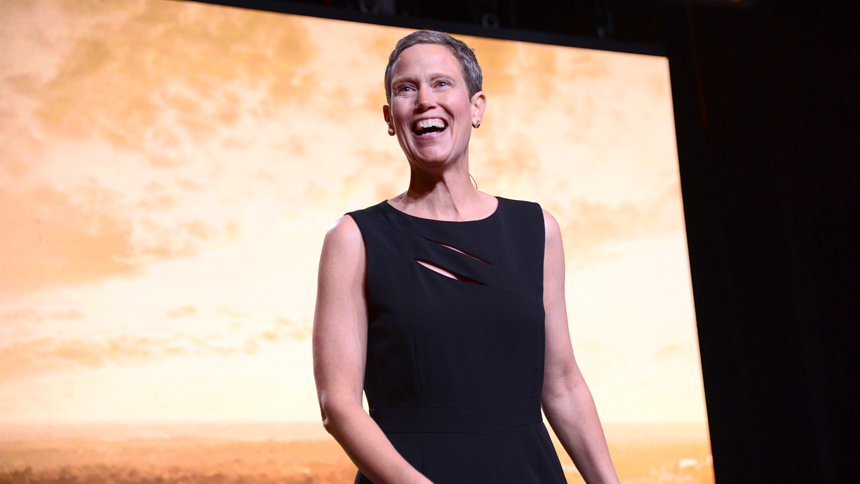 For the last several years, the Chamber and SBDC have been leading a conversation about how the Springfield region is on the verge of making tremendous leaps forward – that the foundation and building blocks are in place to transform our community into a regional and national leader, a shining point where people want to live, work and play.

At the SBDC Annual Meeting, keynote speaker Rebecca Ryan – a fellow Midwesterner who has traveled all over the country speaking and consulting about how to plan for the future – confirmed what we have long believed: Springfield is on “the cusp” but must make bold moves in order to capitalize on the opportunity.

That was her message for the 500 business and community leaders in attendance at University Plaza Convention Center on February 21. Ryan, an award-winning author, economist, futurist and “human spark plug,” said all of us can benefit from tapping more effectively into our ability to look ahead instead of looking to the past.

Everyone at the table
She said the best places to live all over the world involve multiple generations in their decision-making process, so that the decisions made today don’t disadvantage those who will be living there tomorrow. And she offered kudos to Springfield for its inclusion of young professionals spearheaded by the Chamber and The Network.

“The way you have institutionalized having the voice of YPs at the decision-making table is phenomenal,” she said. “It’s the best in the country.”

That inclusivity will be important, Ryan said, especially over the next several years. The entire country, she said, goes through a sort of seasonal cycle, and right now the U.S. is in a “winter” period where things feel frozen and people are left asking “who and what are we for?” It’s during these historical periods, she added, that the prepared communities will leap to the front.

“When America has found itself in a winter period, we have emerged in the spring as a country that has worked better and for more people,” she said.

Laying the foundation
At the beginning of the meeting, Ryan Mooney – the Chamber’s senior vice president of economic development – offered a look back at 2019, including several highlights that demonstrate how the SBDC is helping the Springfield region continue to lay the foundation for a brighter future.

Mooney noted the SBDC’s continued focus on both creating quality jobs for the region and helping people develop skills and attract new potential job candidates to our area through quality of place efforts. “This has been a new concept for us over the last couple of years, but it takes more than just investing in our businesses,” he said. “We need to invest in our community.”

He highlighted efforts like the college outreach program from Chamber economic development staff and The Network for Young Professionals to the proactive marketing campaign as part of the Talent Attraction Initiative.

And he noted recent big wins for the community, from project wins highlighted in the 2019 SBDC Annual Report to the $21 million BUILD grant to renovate the Grant Avenue Parkway and City Utilities’ announcement of gigabit Internet installation for every business and residents in the service area in partnership with CenturyLink.

Looking ahead
All these projects set up Springfield to make giant leaps in the coming years. Keynote speaker Rebecca Ryan offered a few pieces of advice to prepare for that future.

Firstly, she emphasized the need to value design. The City of Springfield is reaffirming this commitment through the Forward SGF planning process and the hiring of Tim Rosenbury as the city’s first Director of Quality of Place Initiatives, likely the first role of its kind in the country.

Secondly, she said to expect resistance; residents will be tempted to feel like community assets are either “good enough” or that we don’t deserve better. Ryan encouraged our community to embrace that resistance and power through it.

“Greatness,” she added, “never comes out of listening to the voice of fear.”