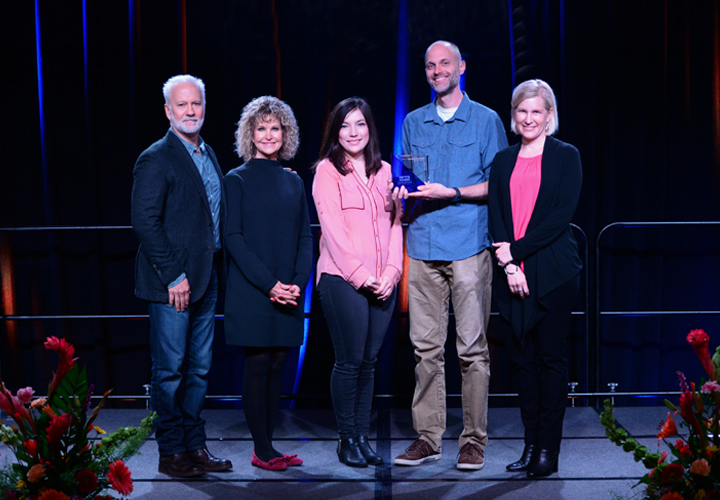 The small-batch chocolate factory was selected by a panel of independent judges from a group of finalists that included Computer Recycling Center, Greek Corner Screen Printing & Embroidery, Grooms Office Environments and Revel Advertising.

Askinosie Chocolate, founded in 2006, sources 100 percent of its beans directly from farmers and is the only chocolate maker working directly with farmers on three continents. It was recently named one of the “25 Best Small Companies in America” by Forbes.

“One reason I’m particularly honored to be nominated in such fine company is that it’s a recognition of how important it is to take care of other people,” said founder Shawn Askinosie. “We recognize the responsibility we have to help address social problems, and we believe small businesses can help solve those problems. It’s our job to roll up our sleeves and address those issues.”

The company continues to receive accolades—both for its product and its production methods—from media outlets nationwide, from USA Today and Bon Appetit to GQ, NPR and The Washington Post.

The Small Business Award is named for Dr. W. Curtis Strube, late director of the Breech School of Business Administration at Drury University, who was a dedicated advocate of small business and founder of the Small Business Council.

This award, presented by the Chamber’s Small Business Council since 1992, celebrates the success of the organization’s small business members and recognizes the important role small businesses and entrepreneurs play in the local economy.

Roughly 80 percent of Chamber members have 50 or fewer employees, and the Chamber realizes the important role those businesses play in our economy. That’s why we work hard in a number of ways to specifically help those businesses: