Taking the message to the Capitol

The Chamber works year-round developing, refining and sharing its list of legislative priorities – priorities based on the needs and feedback of our members. Those priorities cover a wide range of issues, and work on those issues takes place in myriad locations and takes numerous forms.

This year’s event, on January 25, saw top leadership from members of the Springfield Metro Partnership spend the day in the Capitol meeting with state leaders in all branches of government including the Governor and Lieutenant Governor, Speaker of the House and President Pro Tem in the Senate.

“We’ve had a long-standing expectation of collaboration in our community,” Chamber President Matt Morrow said. “By having a cohesive vision for which efforts will most benefit our business community, it can help make our advocacy efforts that much more successful.” 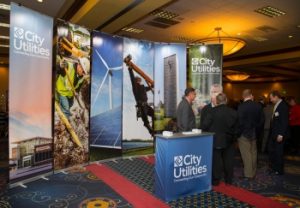 The advocacy day was followed that evening by the 32nd annual Salute to Missouri Legislators reception. More than 200 people from the Springfield region traveled to Jefferson City to host members of the Missouri General Assembly, statewide elected officials and department directors.

The event is hosted by the same ten Springfield Metro Partnership members, and provides an opportunity for business, community and education leaders to meet with state officials to discuss legislative issues affecting the entire region. The partnership also lists several legislative priorities for the group as a whole.

Note: The Chamber has posted numerous images on our Photo Galleries page of the day’s activities.