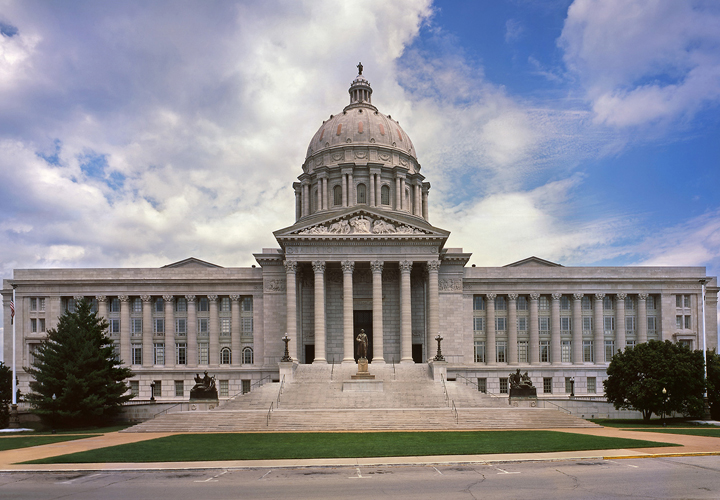 As the Missouri General Assembly reaches the midway point of the 2016 session, Chamber staff continue to make weekly visits to the capitol, monitoring more than 140 bills on behalf of our members. We will encourage lawmakers to move on top priorities including transportation, workers’ compensation reforms, workforce and economic development and education make it across the finish line before the session ends May 13.

Ethics reform marked a significant amount of the work done in the House of Representatives during the first half of the session, with the House sending seven ethics reform bills to the Senate. The proposed reforms covered a range of issues, including preventing elected officials from becoming lobbyists immediately following their legislative service and banning legislators from receiving lobbyist gifts or meals. Just before spring break, a Senate procedural move slowed things down in that chamber, but we hope legislation will continue to move during the last six weeks of session.

Here is where top Chamber priorities stand in the Missouri legislature as of March 30:

Transportation
Transportation infrastructure is vital to economic development, and with more than 640 Missouri bridges listed in poor or critical condition, the Chamber continues to support SB 623, sponsored by Sen. Doug Libla (R - Poplar Bluff), which in its original form would have raised the tax on motor fuel by 1.5 cents per gallon and 3.5 cents per gallon for diesel fuel. The Senate debated this measure March 30 and granted preliminary approval. The amended version would change the proposal from a tax on motor and diesel fuel to a 5.9-cent increase only on motor fuel; it also would require approval by a vote of the people in November 2016. The proposal needs another vote in the Senate before moving to the House.

Paycheck protection
On March 3, HB 1891 was approved by a 23-to-7 vote in the Senate and 109-to-50 House vote. Sponsored by Rep. Holly Rehder (R - Sikeston), the bill gives public employees an annual opportunity to opt in to paycheck deductions for union fees. It also requires public employee unions to obtain annual written consent to spend a portion of fees on political activities. We don’t anticipate passage of right-to-work legislation during the 2016 session, so HB 1891 is regarded as a step forward. This bill was vetoed by the governor, but the legislature is expected to attempt a veto override.

Budget update
The House spent its last week before spring break working on the FY 2017 state budget. Thirteen appropriation bills make up the state spending plan; all have cleared the House and were the focus of the Senate last week. Highlights of the House proposal include:

Workers’ compensation reform & business climate issues
The Senate Small Business, Insurance, and Industry Committee held a hearing on SB 876, a bill sponsored by Sen. Dave Schatz (R - Sullivan) that concerns the discharge of employees under workers’ compensation statutes. Since the Missouri Supreme Court ruled on Templemire v. W&M Welding, Inc. in 2014, litigants now need only to demonstrate discrimination was a contributing factor in their termination instead of the sole cause. This decision overturned more than 30 years of Missouri case law, leaving businesses vulnerable to needless lawsuits. Passage of SB 876 would reset the imbalance caused by the decision, restoring a more justice-centered standard of causation to workers’ compensation discrimination claims.

The Chamber continues to advocate for employment law reform to increase fairness and certainty for both employers and employees. Sen. Gary Romine (R - Farmington) is sponsoring SB 745, which would seek to realign Missouri’s employment laws with existing federal laws and protect Missouri employers from the need to operate at an unfair disadvantage. A hearing was conducted in early February and the bill remains in committee.

In addition, we continue to advocate for increased funding for proven programs like Missouri Works Customized Training. This tremendous asset for southwest Missouri employers provides them with funding to train or retrain employees. Unfortunately, funds are limited and have not met existing demand. The governor’s recommendation for FY 2017 was $6.3 million, which was included in the House proposal and sent to the Senate. This funding level has been as high as $20 million in recent years. Increased funds for this program would enhance Missouri’s existing workforce and support capital investment.

This legislation passed the House by a vote of 102-52; local supporters included Reps. Austin, Fraker, Haahr, Hough, Messenger and Norr. The bill has been referred to the Senate Education Committee. Sen. Bob Dixon (R - Springfield) is carrying the companion bill in the Senate.