Article provided by Community Partnership of the Ozarks

As we near the holidays, many are focused on fun and fellowship. We may spend time preparing special family meals, watching holiday-themed movies, or taking trips to visit loved ones. While the holidays can be a joyful time, it can also be a time where we feel significant stress, isolation, and grief. Worries about finances, family or relationship problems, social isolation, and many other challenges can increase the risk of experiencing significant negative consequences, including thoughts of suicide.

Suicide is a tragedy we desperately hope never touches those we love. We fear that talking about it will increase the risk of suicide among our loved ones. Even if we’re concerned that someone is thinking about suicide, we don’t know what to say to them and worry about saying the wrong thing and making things worse. We may be so afraid that we decide “ignorance is bliss”. Unfortunately, silence can increase the risk that a loved one may die by suicide. Breaking that silence can save lives, and a good first step is becoming more educated on the topic of suicide.

The Harvard School of Public Health analyzed numerous studies involving survivors of nearly lethal suicide attempts. The majority of participants reported the length of time between when they first started thinking about attempting suicide and the actual attempt was less than 10 minutes. This shows that delaying access to a lethal mean of suicide can decrease the likelihood of someone dying by suicide. The more lethal the means in which someone attempts suicide, the more likely the suicide attempt will be fatal. The most lethal means of suicide is by firearm; approximately 85% of suicide attempts involving a firearm are fatal. In 2018, more than half of deaths by suicide in Missouri involved firearms, followed by asphyxiation (25%) and poison (12%) (MSPN 2020). Safe firearm storage is one simple way that we can all make a difference.

There is a role for everyone in preventing suicide. Keep your eyes, ears, and heart open to family members, friends, and coworkers; look for signs of distress and be aware of life events that could increase risks for suicide. Learn the warning signs for suicide by attending a Mental Health First Aid (MHFA) or Question Persuade Refer (QPR) training. These trainings teach how to identify warning signs of suicide, how to appropriately listen and talk to someone having thoughts of suicide, and how to connect them to resources. You could also join or support a firearm suicide prevention planning team. To help prevent suicide deaths by firearm, the Missouri Foundation for Health developed the Missouri Firearm Suicide Prevention Learning Cohort. This cohort is working with organizations such as CPO to look at community data and develop comprehensive, evidence-based, community-driven firearm suicide prevention plans. CPO and its firearm suicide prevention planning teams in five counties are members of the cohort working to create firearm suicide prevention solutions for their communities.

For more information on how you can make a difference, visit www.cpozarks.org/mentalhealth. If you are interested in attending a training or joining a planning team, contact Katie Weathermon at kweathermon@cpozarks.org or 417-888-2020. 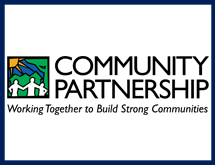 Supported by Community Partnership of the Ozarks
Scroll To Top