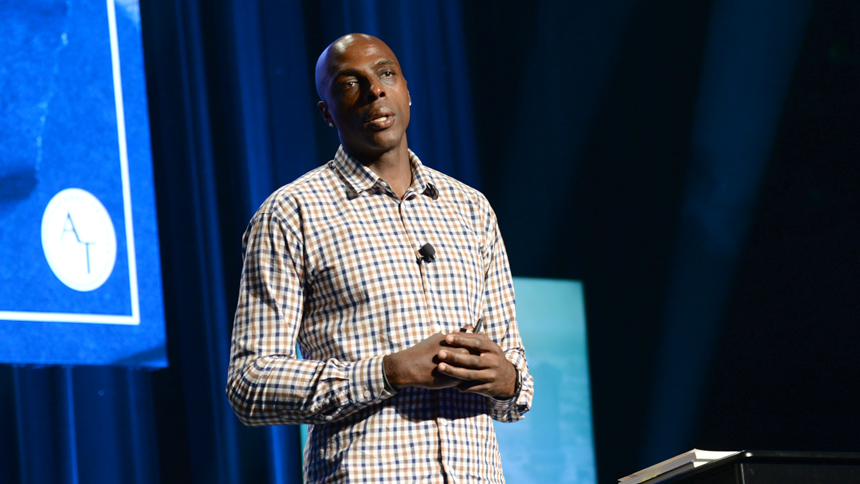 At the 2022 edition of SGForum, presented on June 17 by The Network for Young Professionals, the focus was on dreams – how to build them, and how to make them reality. More than 300 YPs, the largest crowd to ever attend the event, gathered at the Gillioz Theatre to hear inspirational stories and life advice from a range of presenters.

The opening keynote was from TV host, writer and comedian Jeff Houghton. Jeff has always been a proponent of building things where you are – the idea that you don’t need to live in a giant city on the coast to build the things you love and the future you dream of.

He told the story of how he found his way to Springfield, how he temporarily went to Los Angeles in pursuit of his dream, only to realize that it wasn’t where he wanted to be. That led to the creation of “The Mystery Hour,” his Emmy-award winning syndicated talk show, built entirely from scratch and in Springfield.

Next was a panel discussion about how members of different generations are working to build our community. From a thriving middle schooler to a high school student who started his own business during the pandemic, and experienced professionals working to encourage growth and diversity in the 417, the panel offered their advice on how to dream for our community. They encouraged attendees to dream big, to not be dissuaded by naysayers, and to proceed from a place of kindness and empathy.

The day also featured the thriving Springfield arts community, as local singers and ballet dancers offered both performances and insights into why they have chosen Springfield to build their careers.

Stephanie O’Connor, vice president and chief information and people officer for City Utilities, presented next. She talked about her professional development journey and overcoming both personal barriers and the challenges of working in a traditionally male-dominated industry.

The day concluded with a closing keynote from Anthony Tolliver. Anthony recently concluded a 13-year career in the NBA, and he now works as both a public speaker and entrepreneur.

He advised YPs to not be afraid of failure; in fact, he encouraged them to “chase failure,” saying that there’s no chance for success if you don’t give it a shot. He also drew his own journey to the NBA as an example; he pointed out that there are roughly 500,000 high school boys’ basketball players in the U.S. at any one time – and of those, only 110 will ever play in an NBA game.

“You can’t let the odds hold you back,” he said. “I chased after a goal that I knew would most likely lead to failure, and I succeeded.”