How young professionals are serving the public 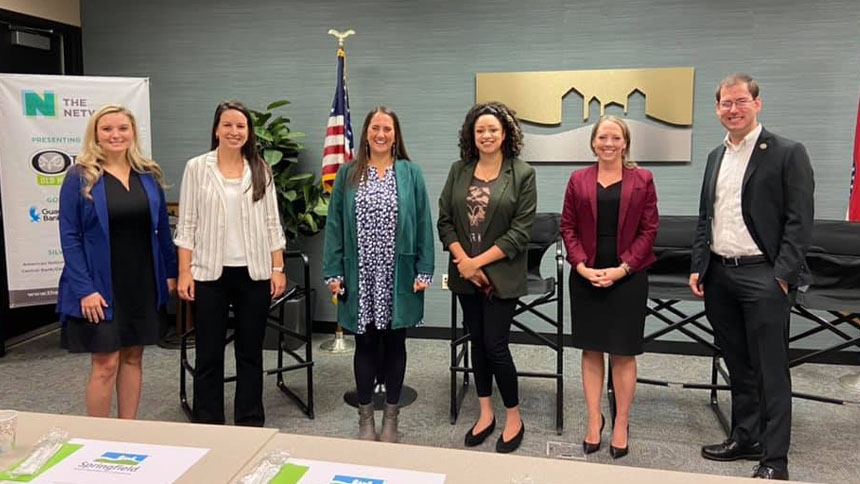 On October 26, members of The Network for Young Professionals had the opportunity to hear from a panel of YPs who are serving their community as elected officials.

The event, part of The Network’s 2021 Civic Engagement series, allowed the panelists to provide a variety of perspectives from both the state and local level.

State Rep. Betsy Fogle, who represents District 135 covering most of eastern Springfield, explained the learning curve from her first year in the legislature and how she remained focused on her priorities of health care and serving the citizens of Springfield. She also discussed the importance and power of collaboration across the political aisle to ensure her constituents remained top priority.

Springfield City Councilwoman Heather Hardinger talked about what inspired and motivated her to run for office. Hardinger also commented on the personal sacrifice that comes with holding public office; she noted that at least 20 hours per week of her time is spent focused on her council responsibilities.

Danielle Kincaid, who was elected to the Springfield R-12 Board of Education earlier this year, talked about how she came to the realization that so many of her volunteer commitments revolved around children and education, which helped drive her interest in being an elected public servant.

State Rep. Alex Riley, who represents District 134 in southern Springfield and Greene County, explained that he was drawn to public service because of his desire to help small businesses and help more families find a path to economic security. He agreed with Rep. Fogle that collaboration is key to getting a bill “across the finish line,” and he added that he was inspired by how all his fellow representatives were working in the best interest of their constituents.

These officials demonstrate the continued impact that young professionals can have in a variety of ways in our community, and they certainly inspired other YPs to consider how they can do the same!