A virtual meeting with one of Springfield’s busiest people 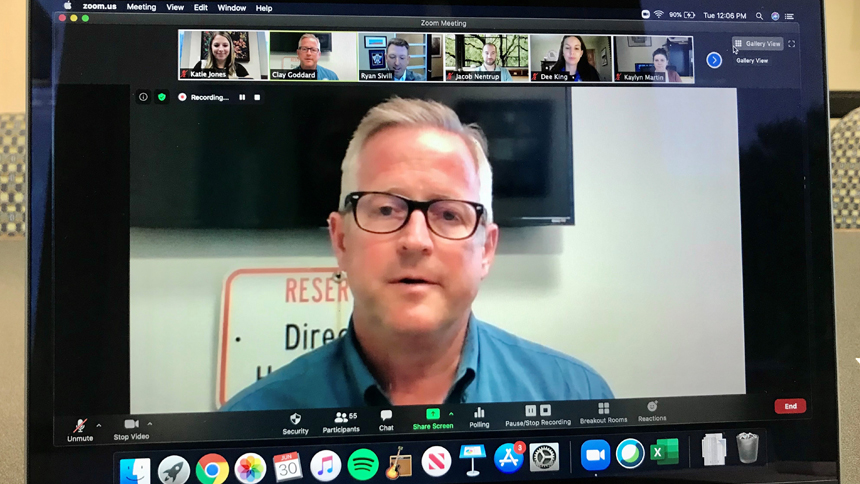 The Network’s CEO Series continued on June 30, and the featured guest was one of the busiest people in the fight against the coronavirus.

The Network had the opportunity to hear from Clay Goddard, director of the Springfield-Greene County Health Department, and to say members learned a lot would be an understatement. Clay has been one of the most forward-facing leaders in our community as we have navigated the pandemic the past few months and has helped lead Springfield’s response to the health crisis very well.

Clay told members a little bit about his background, including his education, how he ended up an intern at the health department in Springfield, and how he has been there ever since.

He said he has learned a lot in his career – particularly in 2020 – but one lesson learned early in his career that has continued to help him is that “sometimes the best thing to say is nothing.” He has learned the power of listening to others and putting what he learns into action in informing his decision-making process.

The young professionals in The Network are always looking for opportunities to support our community leaders and spread the word to other YPs. Clay’s offered them a charge to help spread the message of prevention: The virus is still here, so practice physical distancing, try to gather outside as much as possible, and #MaskUp417.

To see a video of the full event, visit The Network website.