Connecting virtually with a CEO 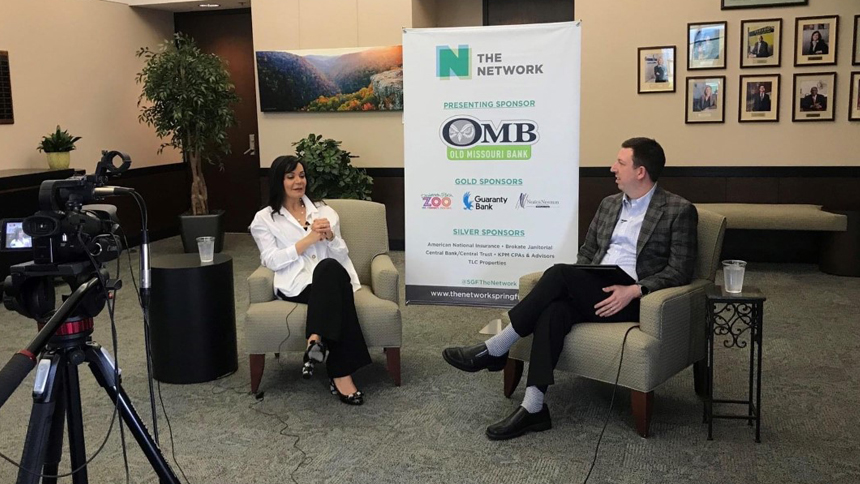 Young professionals in Springfield have access to key leaders, and social distancing shouldn’t change that. So in an effort to provide some much-needed normalcy for its members, The Network released its first-ever virtual installment of the CEO Series on April 28.

The video featured an interview with Rita Baron, principal and owner of Baron Design & Associates, conducted by The Network’s committee chair, Ryan Sivill.

Rita was born in the country of Lebanon and was the youngest of eight kids, so she’s always worked hard to stand out. At age 13, her family moved to U.S., and she had the opportunity to study architecture at Drury University. After briefly returning to Europe to study, she and her husband lived in Los Angeles and Palm Springs before planting roots in Springfield, where they have lived for 22 years.

Baron Design & Rita’s leadership
Rita admits she was intimidated when she began her first professional architecture job - she found it very different from school, but it was a great learning experience. One of the biggest things she learned: “If you want something, you have to go after it.”

Which is why she decided to start her own firm. When her previous employer closed its doors, she was seven months pregnant and had no idea what she would do. Her co-workers suggested she start her own firm, which she initially thought was a crazy idea. When she told her husband the idea, he said, “I don’t think it’s crazy, you should take the step and do it.”

So she put together her own business plan and they opened in 2003.

Rita said her company’s culture is a friendly work environment – a place where making mistakes is welcome. They try to help young professionals find their passion and allow them to work on a variety of projects.

Lessons learned
After 17 years in business, Rita has found inspiration from many people. She learned to appreciate leadership and become a leader herself by following others.

She credits most of her inspiration to Drury University, including the dean of the school of architecture. “She was so supportive and inspiring,” Rita said. “She would pick me up and put me back on my feet. She could make me feel like it’s not the end of the world.”

Rita also shared what is helping her get through this difficult time. “Knowing we are protecting our loved ones” is what keeps her moving. Going forward, she is reminded to continually be thankful and grateful for our community.

More from Rita
Here are some more interesting tidbits about Rita, in “lightning round” form:

You have four hours to sell someone on Springfield. Where are you taking them?

First to the nature center, then downtown, then to Bass Pro and Wonders of Wildlife, and of course end the day with Andy’s!

You’re a major supporter of Drury University and currently serve as the Chair of the university’s Board of Trustees. Why Drury?

Drury is a part of my family. Therefore, I can’t turn my back. I also recognize I did not get here alone, so I want to give back.

What transformative ideas do you have for Springfield’s future?

Invest in the assets we already have, like universities and healthcare systems, create a passenger train system to connect to Kansas City and St. Louis, and partner with the Chamber to build a new convention center.

What final words of advice do you have to offer?