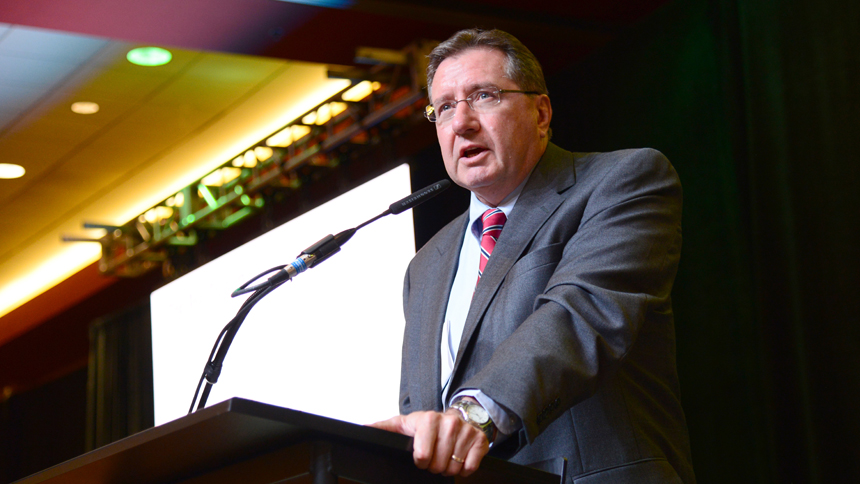 Kevin Kliesen, an economist with the Federal Reserve Bank of St. Louis, visited Springfield on August 21 for the 2019 Economic Outlook event, and offered his view on the overall state of the national economy.

His verdict: though there may be some potential causes for concern in the future, the current economy is in a good place.

Mooney gave an update on project activity so far this year (see the sidebar for more) as well as what’s needed to continue competing for success.

The key, Mooney said, will be available space for new and expanding businesses and encouraging growth in population.

Population in the five-county metro area has grown at 0.9% annually since 2010 – 142nd overall but below peer cities like Fayetteville – while industrial and office vacancy rates in the city remain below 4%.

“A lot of times the site selection process is really a site elimination process,” Mooney said, referring to the process by which companies choose their next location for expansion based preliminarily on available real estate options.

He said slow population growth could be a barrier to that process, especially given that companies looking for a location to build or expand often exclude cities that don’t have metro populations of 500,000 or that don’t fall in the nation’s top 100. At the current pace, it could take Springfield a decade to meet those criteria. “I don’t know about you, but I don’t want to wait another decade to get those benefits,” he said.

The business need to increase our population is why quality of place is key to draw new people to Springfield and retain those already here – and why Mooney emphasized the importance of people participating in ForwardSGF, the city’s comprehensive planning process currently underway.

Kliesen said on the national front businesses have turned more cautious but consumers remain upbeat and labor market conditions remain strong. His presentation focused on four key questions that he thinks will impact the state of the national economy:

Overall, Kliesen said he is not as pessimistic as some who have predicted an impending recession. “I think we can expect weaker, but still solid, growth for the rest of 2019,” he said.