Thank you for supporting Springfield’s streets and schools 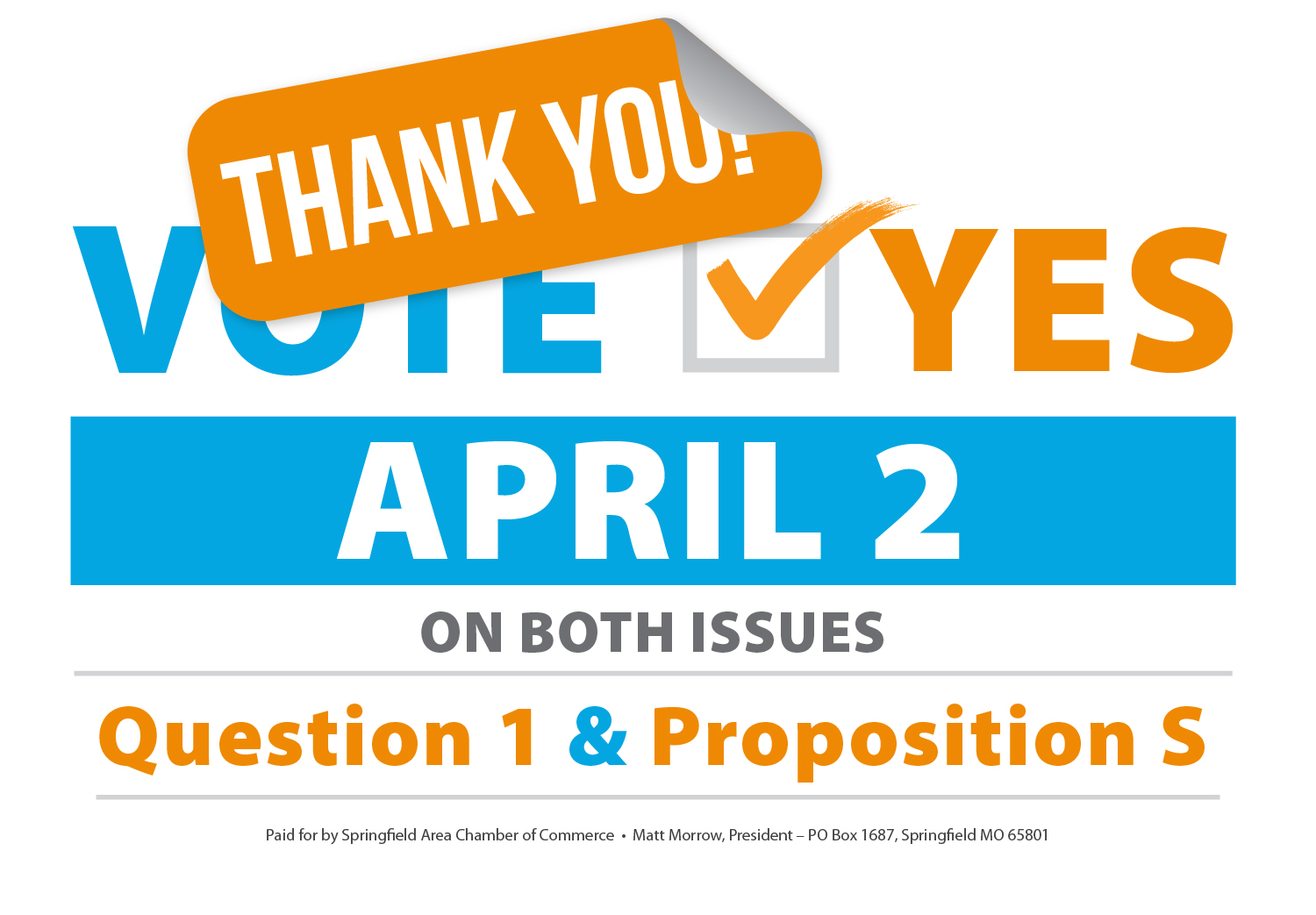 On April 2, Springfield-area voters helped the City of Springfield and Springfield Public Schools take significant steps forward by approving two ballot initiatives to help with funding for important future projects. Passage of these measures shows that the community prioritizes investment in infrastructure and education and will have an impact on the community for decades to come.

City voters renewed the city’s 1/4-cent Capital Improvement Sales Tax with more than 77 percent of the vote. The tax has funded street, sidewalk and stormwater repairs and improvements for 30 years. Renewal of the tax is expected to generate $11 million per year for the first five years of the tax cycle, to fund specific projects and programs including:

Voters in the Springfield Public Schools district also approved Proposition S, a district-wide facility improvement plan developed by a 31-member task force of local citizens. The $168 million bond issue will fund a list of school projects including reconstruction of four schools and extensive renovations to three others, in addition to adding secure entrances to 31 existing school buildings.

The Chamber has always supported infrastructure and education as two of the building blocks for a vibrant economy and high quality of life, which is why we endorsed both issues – and why we second the thoughts of SPS, encompassed in a statement released after the election:

“We celebrate that our community recognizes that quality schools help retain and recruit residents and businesses to our city and region, providing a strong reason to support SPS, whether or not you have a child enrolled in public school.”

We’re also thrilled that the five candidates the Chamber supported for City Council – Mayor Ken McClure, Andy Lear in General Seat C, Abe McGull in Zone 2, Richard Ollis in General Seat D, and Matt Simpson in Zone 4 – were all elected, as were our two endorsed candidates for Springfield Public Schools Board of Education: Dr. Alina Lehnert and Dr. Charles Taylor. Thank you all for your continued service to our community.

There are so many others to thank as well. Thank you to Rita Baron of Baron Design Associates, and Mark Walker of Transland, for leading the fundraising effort to support the city sales tax renewal. Thank you to all those who donated their time and resources to make this a successful effort.

And special thanks to you, the voters, who showed up to help address our city’s schools and infrastructure needs. Our community has a stronger foundation on which to build for the future because of your support.