Don’t miss your chance to connect with the Chamber 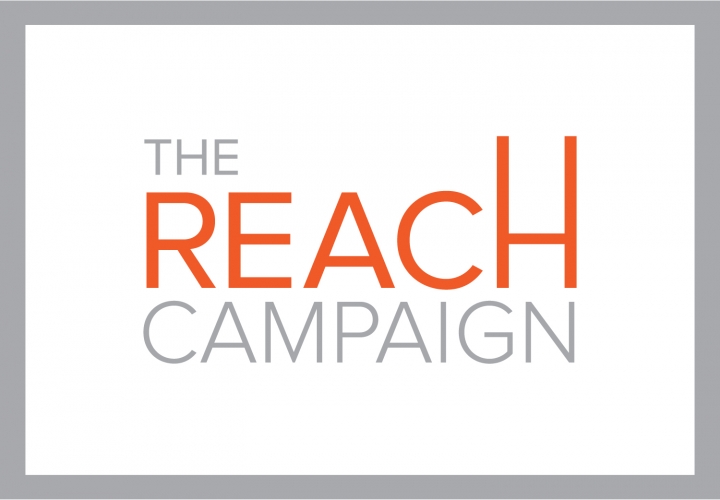 The Chamber is preparing to kick off its third annual Reach Campaign – and this year, the campaign is really expanding its horizons.

As you may know, Reach is how we offer members ways to invest in the Chamber and support the work we do every day on behalf of the business community. This comprehensive approach gives members unprecedented new ways to increase their visibility and put their support behind the programs and initiatives that most directly align with their own goals and messaging.

This year’s theme is “Reach for the Stars,” and both Chamber staff and our army of over 80 volunteers have really “spaced out” for this year’s campaign. From our Sept. 12 kickoff event for volunteers to our weekly “Mission Briefings” – where we give progress reports on the campaign, recognize top performers and give volunteers additional information on Chamber programs and initiatives – the theme is everywhere.

But don’t let the fun atmosphere fool you. This is a serious effort with serious goals. And it can produce serious results, both for the Chamber and for our members.

“The structure of the Reach Campaign streamlines the sponsorship process for businesses,” says Nancy Riggs of Penmac Staffing Services, who has served as a volunteer for each of the campaign’s three years. “They know it’s a certain time of year and they can look at what would benefit their company for next year. Plus, the inventory is extensive, so by having a volunteer reach out to you, you can really pinpoint what would be the best way for you to get your name out to all the Chamber members.”

That approach certainly helped Kelly Davis, owner of Gotta Getta Limo. A volunteer showed him the value of sponsoring the Chamber’s Surprise Patrol, which pays surprise visits to companies to remind them that they’re valued as Chamber members.

“Reach has been really rewarding for my business; people can really see what we’re all about,” he says. “It’s opened up a lot of doors – people that might not have known about us, even though we market a lot, this has gotten us one-on-one time with them. So the sponsorship has meant a lot for us.”

It’s a similar story for Rick Hughlett, owner of Rick’s Automotive. Rick says he’s a longtime supporter of community causes, but he’s not always aware of all the opportunities that are available – such as the First Responders Appreciation event, for which his company is presenting sponsor in 2018.

“Sometimes, by missing an email or a communication, I miss an opportunity that I would have otherwise taken advantage of,” he says. “A large part of our business is the ambulances, and we also do some of the patrol cars, so that event is a perfect opportunity not only to give back to those who help our community but also to those who help my business directly.”

Nancy, who is both a volunteer and a purchaser with Penmac, says she’s not surprised that companies find opportunities that fit their interest.

“The campaign is all about figuring out how they can be connected with the Chamber, and how they can have that company exposure to all the Chamber members,” she says. “Whether you have a large budget or a small budget, there really is something for every business.”