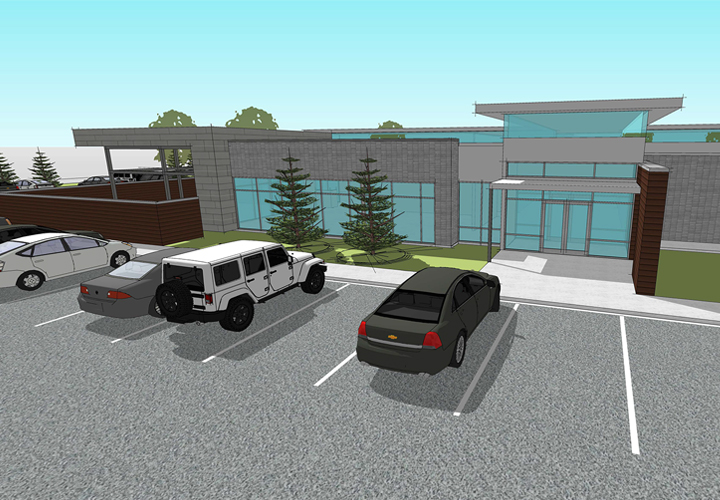 The Chamber and its economic development arm, the Springfield Business Development Corporation, are pleased to announce that Springfield-based wireless communication services company Russell Cellular is expanding to accommodate more than two decades of growth.

As one of the nation's largest Verizon retailers, Russell Cellular now operates over 400 stores across 30 states and employing more than 1,700 people. The company will be expanding from 15,000 square feet of leased space to its new headquarters in Wilson Creek Marketplace, bringing payroll, HR, IT, inventory, and other back-office operations under one roof. The company partnered with hdesigngroup of Springfield to design the new facility.

"Russell Cellular is dedicated to continuing to base our organization in the greater Springfield area. Our roots are in this region, with nearly 25 years of conducting business in the local community. We are excited about this evolution for our company, and we appreciate the partnerships that are helping us grow to the next level," said Jeff Russell, CEO and owner.

Russell began selling Alltel Wireless phones from the trunk of his car in 1993 following a career in farming. Russell Cellular established its first corporate office in Springfield in 1994, and continued to grow following the merger of Alltel and Verizon in 2008, and the company's acquisition of major metropolitan markets on the east coast starting in 2015.

"Taking care of our existing businesses is essential to the continued growth of our state," said Gov. Mike Parson. "It's great to see a Missouri company like Russell Cellular add 135 new jobs and continue to grow, invest, and expand their headquarters in Battlefield."

Chamber economic development staff worked with company leaders as they narrowed down possible locations for the expansion, and helped the company access state incentives from the Missouri Department of Economic Development. Along with partners at Greene County and the City of Battlefield, the Chamber also connected Russell Cellular to various community resources to ensure the company's capital investment and job creation remained in the Springfield region.

"We know that nationally, the majority of all new jobs are created by existing businesses in a community, and Russell Cellular's expansion is a great example of that," said Ryan Mooney, the Chamber's senior vice president of economic development. "We know they could decide to grow in lots of different places in their expanding territory, but we applaud their decision to create these kinds of high-wage jobs right here in our region. We will continue to focus on creating a vibrant community that makes headquarters operations like this possible here."