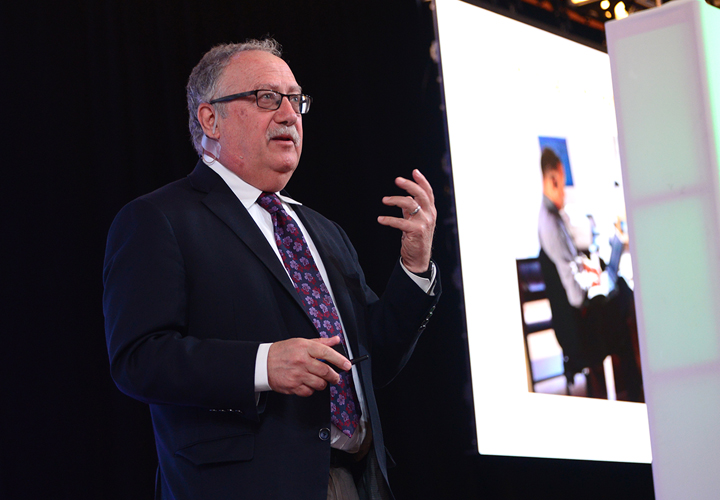 Building a strong community that can successfully create and retain high-paying jobs is a team effort – and the Springfield region, like other mid-sized metropolitan areas in the U.S., has the capacity to do this, making life better for all its residents.

Exploring the future of Springfield was the focus of the Springfield Business Development Corporation’s Annual Meeting on February 15. SBDC, the economic development arm of the Chamber, hosted more than 350 guests to highlight project activity in 2017 and look ahead to what the next year holds for our region.

The past year was a highly successful one for the Chamber’s economic development team – bringing 11 projects to the region with more than 1,000 new jobs. Ryan Mooney, senior vice president for economic development, said attracting new skilled workers and securing job-creating projects in the future depends on the Springfield community making itself a better place to live and work, and effectively sharing our story.

“Bringing in 1,000 new jobs is tremendous, but to continue this level of success, we must grow our talent pool,” Mooney said. “And talent loves to live in a good community.”

His thoughts were echoed in video testimonials from Jena Holtberg-Benge of John Deere Reman and Robin Robeson of Guaranty Bank. Holtberg-Benge discussed how her company has the potential to grow and add more jobs … if Springfield makes the investments needed to attract talented workers. Robeson, meanwhile, pointed to the example set by Boise, Idaho – the site of our recent Community Leadership Visit – for what happens when a community makes a concerted effort to invest in a vision for its future.

Those thoughts paved the way for keynote speaker Joel Kotkin, a prominent demographer and expert on the growth of cities around the world. He noted that current trends show people are moving away from the largest cities on the coasts and toward mid-sized cities, especially in the Midwest. These cities are appealing because they offer access to many of the same urban amenities without the burden of exorbitant housing prices.

“Cities like Springfield offer a future for the middle class,” Kotkin said. “But be aware: small and midsize cities that don’t have strong leadership will fall by the wayside.”

Kotkin noted that in addition to the advantages we have here – several large headquartered companies, central geographic location, a thriving downtown scene – Springfield’s job growth in the last decade is a good sign. While not overly impressive compared to peer cities, our job growth has been extremely strong in important sectors like professional services, high-tech industries, and manufacturing. Kotkin said this is indicative of a balanced economy with highly-skilled employees.

“You’d never know it from reading The New York Times,” he joked, “but there are a lot of smart people living in places like Springfield.”

Kotkin said Springfield must continue to invest in community assets to attract new workers and jobs – and he also offered a word of advice for community leaders in attendance: Be careful to guard against a complacent “good enough” attitude.

“Other communities are working on the same things you are, so be aware that if you stand still, you’ll be left behind,” he said. “Things are moving in your direction. You just need to take advantage of it.”