Coming to the table to find common ground 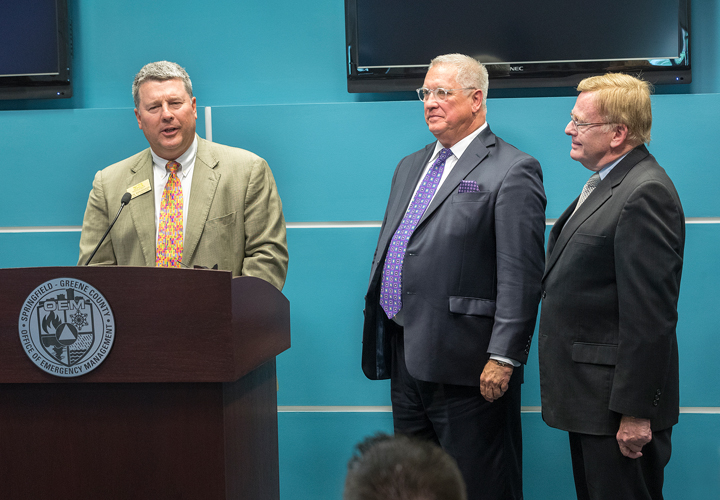 Public safety is critical to our region’s economic prosperity, and the need for resolution to the ongoing lawsuit between our local governments is at the top of the list of ways to ensure that continued prosperity. On July 28, the City of Springfield, Greene County Commission and Greene County Sheriff’s Department reached an agreement to settle the lawsuit surrounding the transportation and housing of prisoners and the use of the Justice Center.

“To reach this agreement, we spent the better part of a year discussing every sentence and every eventuality, and I’ll be the first to say how humbled I am by the passion and the dedication shown by all the people involved in this lengthy process,” Commissioner Cirtin said. “The county and the city really do work well together. We may not always agree – and we have had some sharp disagreements to get where we are today – but collaboration and compromise are what you sign up for when you enter public service, and it’s what the public expects of us.”

While the City, County and Sheriff’s Department did the work of coming together to find common ground on their various differences, the Chamber provided support by serving behind the scenes in the role of “Trusted Convener” and “Honest Broker” to facilitate this agreement.

Dozens of meetings over several months took place at the Chamber, where a neutral space was available for all parties to privately hash out their differences and find suitable compromise. It’s only fitting, said Chamber Board Chairman John Wanamaker, since the ability to discuss issues rationally and come to reasonable conclusions is what citizens expect from their local leaders.

“The Chamber was privileged to be able to play a role in bringing everyone together, offering a neutral space for the discussion to take place, and working to hold all parties accountable in the good faith of ongoing negotiations,” Wanamaker said. “We see that as a critical role the Chamber can serve in the community, and we take that seriously.”

And while everyone involved is thrilled to have put the lawsuit in the rearview mirror, they are also aware that there is much work yet to be done.

“The issues were numerous and complex,” Mayor McClure said. “Men and women of good faith have been in discussions for nearly two years to find the solution that best fits the needs of the community. While this is not a permanent fix, it is a very necessary first step. I salute my colleagues on City Council, our City Manager and City Attorney, and our County Commission and Sheriff for working diligently. I am especially grateful for the leadership and facilitation provided by the Chamber and its president, Matt Morrow, for guiding and encouraging us through this process.”