Exploring the possibilities of a catalyst for downtown development 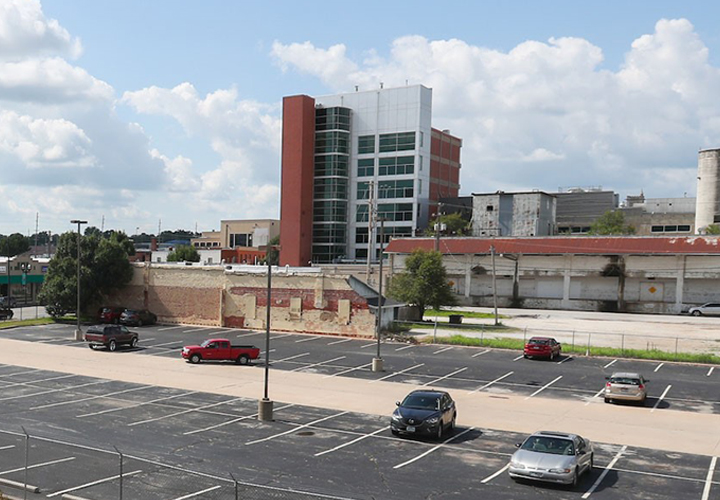 Missouri State University, the Chamber’s economic development arm, Springfield Business Development Corporation, and The Vecino Group announced in early July that they are exploring the potential for a new development within the IDEA Commons district in downtown Springfield.

While the project is only in its initial study phase and details are still being discussed, it has the potential to drive both job growth and further downtown development.

For the university, it could mean additional research lab and office space for the Jordan Valley Innovation Center, which has long since reached capacity, and the potential for new educational space—IDEA Commons already accommodates more than 1,000 employees and students.

“We must continue to invest in our university to create educational opportunities, and ultimately jobs in our community so that our students will look to downtown Springfield for their future,” said Clif Smart, president of Missouri State University. “Missouri State and its Board of Governors are excited to begin the due diligence and feasibility study to explore further development opportunities which will build on the success of IDEA Commons.”

For existing businesses and employees who work and live downtown, it could mean much needed additional parking space and a draw for new retail options.

For the overall economy and the business community, the project could meet several needs: additional real estate options for growing business startups at The eFactory, large floor plate office space desperately needed to entice IT prospects and other talent-intensive companies, and perhaps most importantly, a catalyst for even more new development in the area.

“This particular site is situated right in the heart of a vibrant redevelopment district,” said Mat Burton, president of public private partnerships for The Vecino Group. “IDEA Commons was very much ahead of its time when it started, and our hope is to keep this area flourishing by attracting new jobs and investment to downtown Springfield.”

The City of Springfield already recognizes the potential of a development like this, agreeing to contract for engineering services to evaluate the feasibility of “daylighting” Jordan Creek in the project area. This would capitalize on a growing community desire to improve the existing Jordan Creek floodplain, as well as create an economic development amenity in the area.

For proof of the potential spark a project like this could provide, look no further than the rest of IDEA Commons. Since MSU partnered with the City to redevelop the IDEA Commons area, more than $130 million has been invested in the area by public and private developers. This investment has succeeded in attracting both companies and talent to Springfield.

Companies are looking to move into the area and join the vibrant, growing dynamic brewing in downtown Springfield, but space is at a premium. This project, in addition to potentially creating space for companies to lease and hire new employees, could kick off a new wave of developments, building on the existing rejuvenation happening downtown.

“IDEA Commons has become an incredible asset for our region’s economy,” said Matt Morrow, president of the Springfield Area Chamber of Commerce. “The area is ripe for expansion that will create new economic development opportunities and attract top talent to high-paying jobs.”