A new approach to marketing 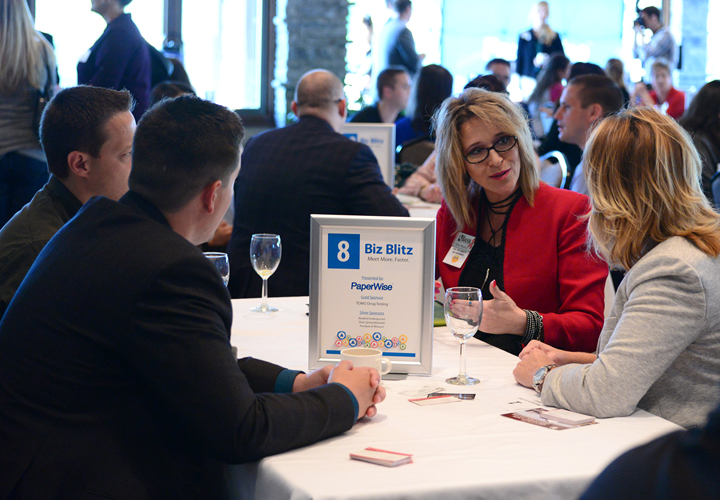 The Chamber is always looking for new ways to add value for members and help them make connections. We’re not unique in that regard; all Chambers list those goals among their priorities. But a recent event took a new approach to connecting people, letting them meet and share their stories.

On April 27, eight area chambers joined together for Biz Blitz, an event developed with networking throughout the Springfield region in mind. This speed networking event brought together members from eight area chambers: Branson, Bolivar, Hollister, Nixa, Ozark, Mt. Vernon, Rogersville and Springfield. More than 100 people showed up for this first edition of the event, held over breakfast at Highland Springs Country Club.

The premise is simple: Attendees are given a number and a table assignment. When the event begins, they get a short amount of time to share information about themselves; when that time is up, they rotate to the next table and repeat the process until they’ve made the rounds of the room.

“PaperWise was thrilled to be presenting sponsor for the first ever Biz Blitz event,” said Tana Aguas, marketing coordinator for Paperwise. “The relaxed atmosphere made it very easy to create new connections with others in the region, and the networking platform was unique and effective. We’re excited for the next event!”

While it’s different from the traditional approach of allowing people to mingle at their leisure, the structured format can be advantageous for those who need a boost to kickstart their own networking efforts. It also offers a fun spin on a tried-and-true event.

“At each table I was at, people commented on how much fun it was – and it was certainly an invigorating way to start the day,” said attendee Steve Baratta, vice president of employee benefits with First Choice Insurance. “You know an event has made an impression when people are standing in the parking lot afterward talking about it!”