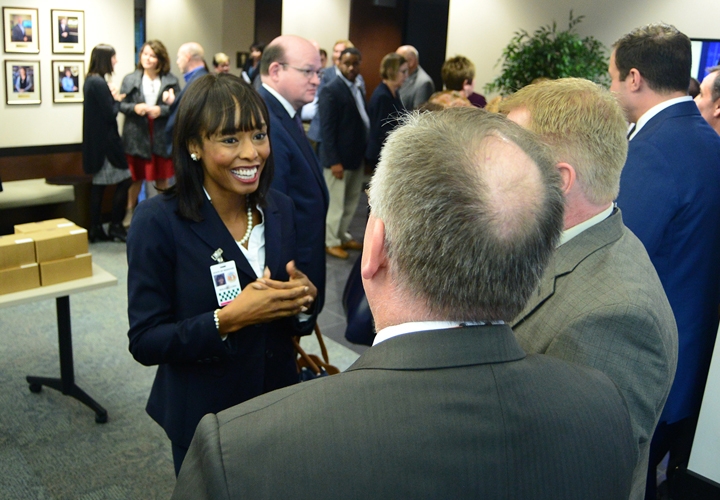 Newly-elected state legislators can face an overwhelming task when entering office, especially if they are new to public service. So freshman members of the Missouri Legislature get a statewide tour before they take office, visiting areas around the state to hear from business, education, and community leaders about the issues that matter most to them. It’s also an opportunity to learn about the various regions of the state and about Missouri’s budget priorities.

Springfield was first on the legislators’ tour for 2016, and a group of nearly 50 made the Chamber their first stop on December 5. The new lawmakers were introduced to our area by the members of the Springfield Metro Partnership, which includes the Chamber and nine partners:

In addition to introducing the freshman legislators to the region, leaders took the chance to advocate for the issues important to their organizations and the region as a whole.

“We understand that you’re drinking from a fire hose,” said Greene County Presiding Commissioner Bob Cirtin. “But we’re honored to have the chance to meet you and share this information with you.”

Workforce training and development was a common theme among several of the organizations. OTC Chancellor and President Dr. Hal Higdon pointed to the continued drop in state funding for customized worker training in recent years, from $26 million a decade ago to just more than $6 million this year.

“Before I entered the education field, I was in workforce development,” Higdon said. “And Missouri is falling behind many other states, including most of our neighbors.”

While the day’s “lightning round” format provided only a high-level view of the community and what it can offer, Chamber President Matt Morrow says the visit is valuable for everyone involved.

“Having this many leaders here at the same time gives us a great opportunity, both to offer our support and partnership and to advocate for the issues that matter most in our community,” he said. “It’s difficult to overstate the value of this event.”