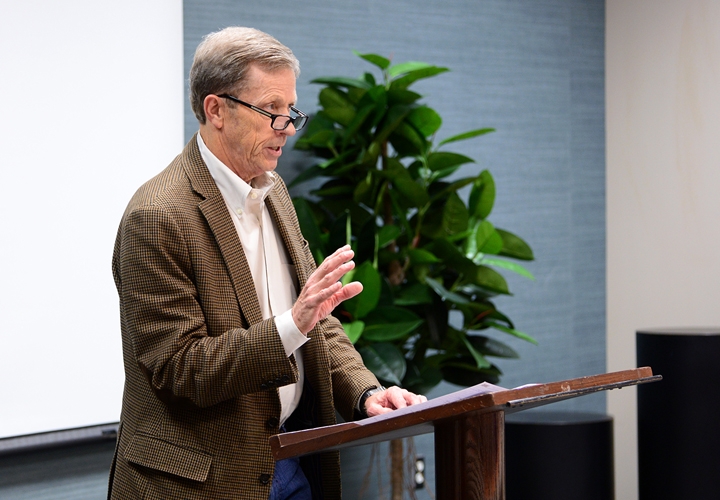 Kirkman was the featured guest at the event for young professionals on November 10, speaking in both his role as the former managing partner with accounting firm BKD, LLP and as the most recipient of the Chamber’s Springfieldian Award.

He says the award – which he called “the most humbling, shocking event of my life,” is really the result of a lifetime of collected experiences, from his time at what was then Southwest Missouri State College to time spent in the Marine Corps and his more than three decades with BKD.

Kirkman, whose community involvement has included board positions with the Chamber, SBDC, City Utilities and the airport, offered several pieces of key advice he has picked up during his career: