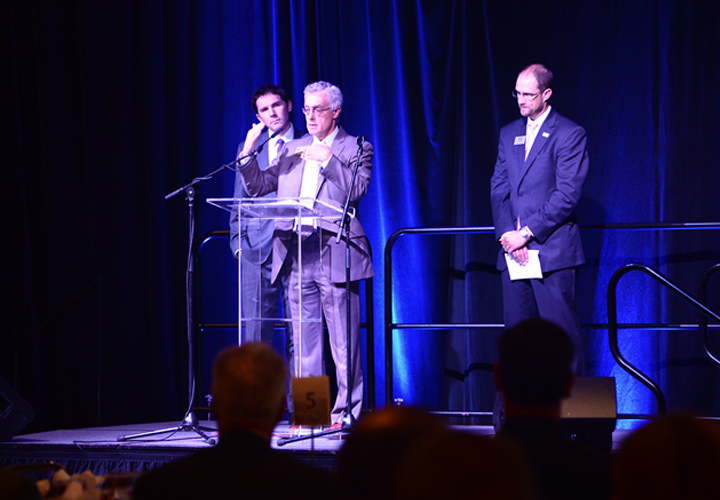 In its effort to create growth in the area economy and job market, the Chamber and its economic development arm, the Springfield Business Development Corporation (SBDC), regularly bring in experts to analyze the lay of the land and discuss what the future may hold.

At the Economic Outlook event on August 24, two speakers from the Federal Reserve of St. Louis told more than 200 business leaders that the national economy continues on its steady yet somewhat uninspiring growth track, though the Springfield area continues to outperform many of its neighbors.

Through his consistent research in area, regional economist Charles Gascon provided insights on the local and state outlook. He noted that Missouri has struggled to keep up with the U.S. economy since the recession, and despite this the Springfield area has been among the strongest in the region in many areas:

That prediction was confirmed by William Emmons, senior economic adviser for the Fed’s Center for Household Financial Stability. He refers to the current level of economic growth as “slow and low,” saying that low interest rates, modest growth and tame inflation are all likely to continue due to significant deflationary pressures.

“We’re in the eighth year of a very disappointing recovery,” Emmons told the group. He calls the current situation the new normal; he notes that the country is in one of the longest expansion periods in recent memory, though the gross domestic product hasn’t posted annual growth of even 3 percent in more than a decade.

This new economic model, both regionally and nationally, highlights the need for strong economic development efforts—just like those the Chamber summarized at the event.

Emphasis on investment in existing business growth and new business recruitment efforts have led to significant successes in our area this year: seven announced projects so far in 2016 that will create more than 200 new jobs and $11 million in new payroll. In addition, the potential for more new projects at the Partnership Industrial Center West demonstrates how the Chamber and SBDC commitment to economic and workforce development efforts continue to pay dividends for the region.