Possibilities and struggles in trading with Cuba 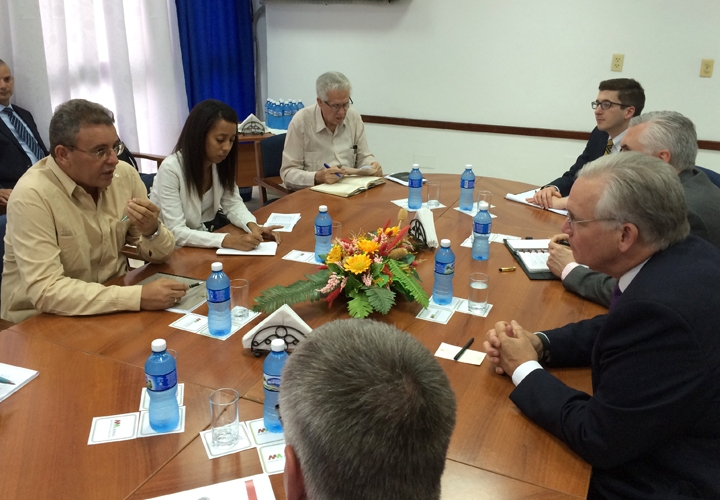 Cuba and its export economy languish at the bottom of the list of world nations but that hasn’t prevented it from becoming the “debutante of the ball.”

Improved relationships between the island nation and the United States have created a growing interest among Missouri companies interested in international trade. Pardalos explained that while Missouri is well positioned to capitalize on the opportunity, much work remains. 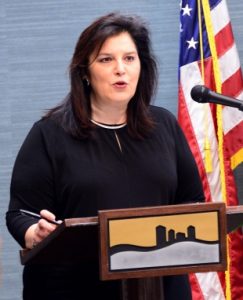 While the easing of export controls against Cuba opens opportunities for American companies, many challenges remain. Pardalos reminded the group that the 50-year-old embargo continues to prohibit U.S. businesses from trade with Cuba. “The sanctions relief we’ve seen in recent months is limited—and complex,” she explained. “There will be growing pains.”

An example came from Gov. Jay Nixon’s trade mission to Cuba in late May, coordinated by Pardalos and her team. Because Cuba was once a large consumer of rice grown in Missouri’s Bootheel, the delegation brought with them a shipment of rice for the Cuban people. Simply getting one container to the Port of Havana was “one of the most difficult jobs of my 20-year career,” said Pardalos. “We adopted the slogan, ‘Rice or Bust,” she laughed. The rice shipment arrived and was distributed by the government to Cuban charities.

Despite the challenges, Pardalos said businesses interested in trade with Cuba would be wise to start now building relationships with Cuban counterparts. “Part of the challenge is Cuba’s hierarchical structure; it’s finding out who to work with to make things happen.”

The Chamber’s International Business Council seeks to promote export opportunities for Springfield area businesses, connect Chamber members with international trade resources and position the Springfield area as a favorable location for foreign direct investment. If you have interest in the work of the Council, contact Emily Denniston at 417.862.5567.