A carnival for young professionals 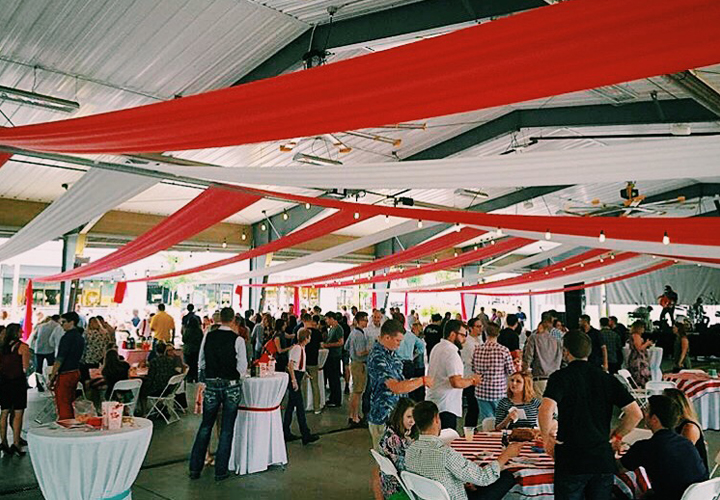 When The Network – the Chamber’s young professionals group – gathered June 3 to celebrate the year’s accomplishments, they were in for quite a party.

In previous years, the annual event has consisted of a weekday luncheon at a hotel or a conference center. But group members noted that they didn’t think that event really captured the spirit and enthusiasm The Network brings to the table. 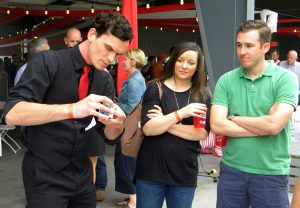 For 2016, The Network turned the usual weekday luncheon into a Friday night party: Summer Fest, an outdoor event at Farmer’s Park Pavilion. Nearly 300 were on hand for a full-on carnival: magicians, stilt walkers, jugglers, games, drinks and carnival food, and live music from Colin Elmore & The Danville Train. A portion of the proceeds benefitted Friends of Abilities First, the group’s 2016 nonprofit partner.

“The Network relies heavily on feedback from members and volunteers,” said Paige Oxendine, coordinator of The Network. “Our members asked why our annual celebration wasn’t a better representation of all the energy and enthusiasm in our group.”

The Chamber and The Network hope that enthusiasm is contagious, as The Network made a concerted effort to reach non-Network members and make it an event for all Springfield young professionals. “The Network may be the largest group, but we’re certainly not the only one,” Oxendine said.

(Scroll down to see a video with a glimpse of all the fun from this year's event!)

Feedback from event attendees has been overwhelmingly positive. Shanda Trautman, marketing and business development officer for Old Missouri Bank, was at the event along with several of her co-workers—using tickets purchased by the bank for its employees.

“We know it’s vitally important to be engaged and active in our young professional community,” Trautman said. “We invested in the event so our team could be out in the community, connecting with others and gaining value out of the new relationships they form.”

She said the event was a success on all fronts: “The event was nothing short of fabulous! Seeing that number of young professionals together in the same place was inspiring. I hope to see Summer Fest grow year after year.”

As for next year, Oxendine says preparation is already beginning.

If you'd like to see more pictures from the event, check out the pictures on the Chamber's Photo Galleries page.