Why free trade is crucial to economic growth 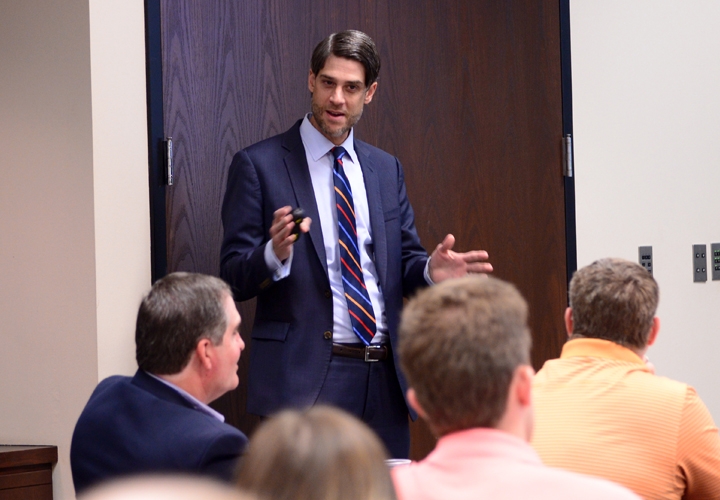 The numbers Wenk presented bear out that fact:

The key to continuing growth in international opportunities, Wenk says, is free trade agreements. “Trade agreements,” he said, “make big markets even out of smaller economies.” He added that the U.S. currently has trade agreements with 20 countries, but those countries make up nearly half of our total exports.

Climate for Trade Agreements
This, he said, makes the current climate for trade all the more troubling. He noted that the U.S. is well behind other nations in taking on trade agreements, and the current political climate is not particularly conducive to the creation of new partnerships. 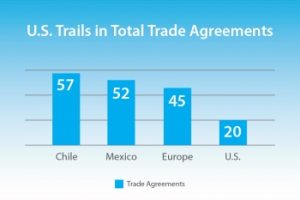 Several major trade agreements are being considered, though all are in various stages of development. The most notable, Wenk said, is the Trans-Pacific Partnership (TPP), which would remove tariffs and barriers to trade with 11 countries. It could create up to 700,000 jobs in the U.S., and it would have an especially large impact in Missouri, where it could create 13,000 jobs. Nearly 60 percent of Missouri exports in 2015 went to countries involved in the TPP.

However, the outlook for TPP is not bright. While Wenk says a majority of U.S. businesses and agricultural interests support the agreement, national political rhetoric combined with time constraints make Congressional approval of the agreement unlikely in the near future.

Another potential agreement is the Transatlantic Trade and Investment Partnership (TTIP), which would create a brand new agreement between the U.S. and Europe. That agreement, Wenk said, could boost U.S. exports by $300 billion annually.

Political Challenges for Trade Policy
The upcoming presidential election will affect our prospects for new trade agreements, and the U.S. Chamber sees challenges on both sides of the political aisle with misinformation about the realities of the impact and importance of trade with other countries.

Both Presidential candidate frontrunners have made concerning comments regarding new and current trade agreements, and while the U.S. Chamber never endorses candidates for president, Wenk said the group will continue to advocate for growth and expansion of international trade.

“A lot of the campaign rhetoric is troubling,” he said. “The truth is that trade and exports are important to the U.S. economy. It’s important to make clear to other countries that the U.S. is open to imports.”