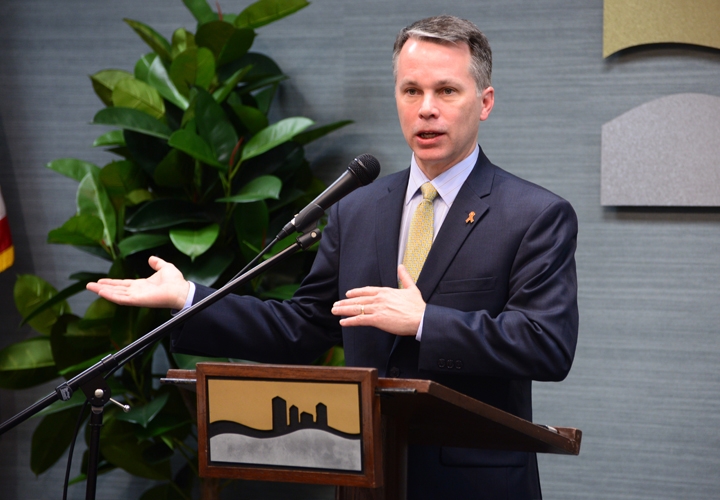 Patrick McKenna, the new director of the Missouri Department of Transportation, made his first official visit to Springfield April 13 to offer a view of the transportation landscape in the Show-Me State.

In a presentation at the Chamber, he said the funding picture is not as dire as it had been late last year, before passage of the federal FAST Act provided cost-share funding for the next five years. That bill was signed on December 7, 2015—the same day McKenna took the post as head of MoDOT.

However, McKenna noted current funding only allows for maintenance of the state’s 34,000 miles of roadways and 10,000 bridges; it doesn’t really allow for much future planning or expansion.

“Right now, our main function is maintenance,” McKenna said. “But is our goal simply to hold the line?”

He mentioned the movement on State Sen. Doug Libla’s SB 623, the proposed 5.9-cent motor fuel tax increase, which has passed the Senate and is now in the state House. If passed by the House, the measure would go to Missouri voters for their approval.

However, he also pointed to the state’s reputation for innovation, demonstrated in MoDOT’s Road to Tomorrow Initiative, which encourages businesses and individuals to submit innovative new ideas to improve the Interstate 70 corridor and other areas around the state. Ideas submitted thus far range from various new funding mechanisms to alternate travel modes and integrating technology into the highway system.