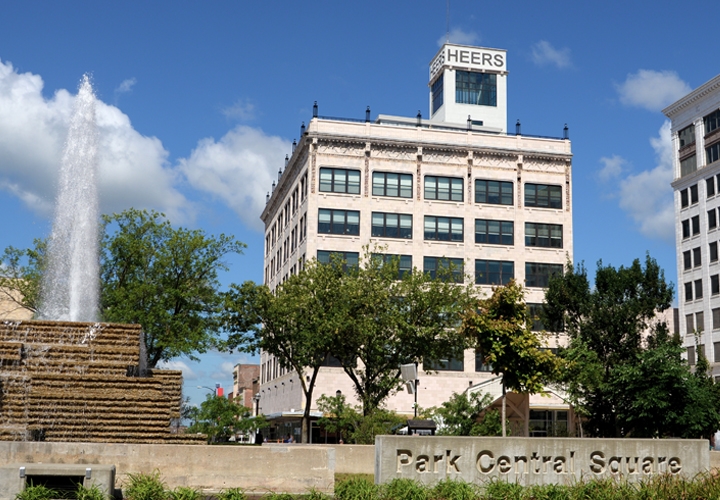 The first floor of the Heer’s Building will soon be buzzing with people and activity for the first time since 1993, thanks to the commitment of a medical software company, the combined efforts of Springfield’s Partnership for Economic Development, and a $15 million redevelopment project. 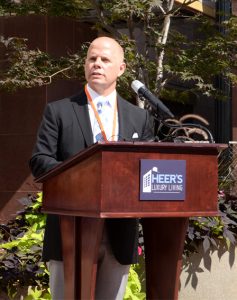 IntrinsiQ Specialty Solutions, part of Fortune 500 company AmerisourceBergen, will be the first commercial tenant of the newly reopened Heer’s. IntrinsiQ will occupy the commercial space on the first floor of the building, expanding its local footprint by investing in new space and creating new jobs. With wages above county average, these high-tech jobs are the newest addition to a growing IT sector in the downtown area. The company announced its plans during a ribbon cutting this week for the Heer’s Building, redeveloped by the Dalmark Group.

Springfield’s Partnership for Economic Development has worked closely with Heer’s developers and IntrinsiQ executives to bring capital investment and quality jobs to Springfield. City staff worked with the developers to ensure all the necessary infrastructure and parking was in place to make this expansion project possible. Chamber staff facilitated the expansion by working with the Missouri Department of Economic Development to secure job creation incentives. Most importantly, the partnership team successfully attracted the commitment to expand in Springfield from IntrinsiQ’s parent company AmerisourceBergen, a global healthcare solutions leader headquartered in Valley Forge, MA.

This expansion demonstrates IntrinsiQ and AmerisourceBergen’s commitment to fostering growth in the Springfield region. When looking to expand and relocate their existing Springfield workforce, company officials specifically targeted the downtown area.

"The revitalization of downtown and the restoration of the historic Heer’s building presents the opportunity for us to create an environment conducive to the substantial growth we’re projecting over the next few years,” Doug Fiester, senior director, IntrinsiQ, said. “The downtown culture combined with the appeal of shops and restaurants will foster an atmosphere of creativity and energy that will help IntrinsiQ Specialty Solutions attract and retain top talent.”

IntrinsiQ’s expansion project amid Heer’s reopening highlights the momentum of Springfield’s downtown revival for both businesses and residents. “Heer’s is an iconic building for Springfield, and it’s certainly a milestone to have the building restored to its former glory,” Mary Lilly Smith, City of Springfield planning and development director, said. “Heer’s is only one of numerous redevelopment projects currently revitalizing our downtown, so this is an unprecedented moment for Springfield.”