Check out our 2015 Legislative Recap 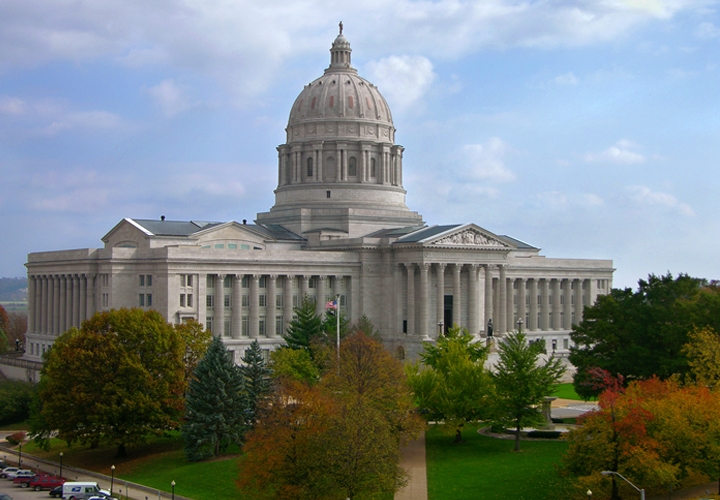 During the 2015 legislative session, over 2000 bills were filed and in the end, only 133 bills passed.  Due to a filibuster and a procedural move in the Senate, only two pieces of legislation passed out of that chamber during the last week - which has historically been the busiest.  We did see quite a few successes on long-term Chamber priorities.  Here is a snapshot on where some of those stood as the bell rang in Jefferson City on May 15.

Bonding
Last year, the legislature passed a bill sponsored by Senator Mike Parson (R-Bolivar) authorizing up to $600 million in new bonding authority by the state.  This year they approved a list of projects for state buildings and higher education institutions that will benefit from the bonding measure.  Springfield stands to gain around $22 million for urgent capital improvement projects at Missouri State University and Ozarks Technical Community College.

Right to Work
The Senate filibustered this issue in the final week of session and finally brought the bill to a vote using a procedural measure that dramatically slowed everything else down. HB 116, sponsored by Rep. Eric Burlison (R-Springfield), passed the Senate by a vote of 21-13 and passed the House by a vote of 92-66.  Unfortunately, Governor Nixon vetoed this legislation, but the Chamber is encouraged to see that both sides of the legislature passed this important piece of legislation for the first time in state history.

Data Centers
SB 149, sponsored by Senator Mike Parson (R-Bolivar) was signed by the Governor and will create state and local sales and use tax exemptions for data storage centers.  This legislation creates a powerful tool to help bring data center sites and high wage jobs to Missouri, since most of the surrounding states already have data center exemptions.  Data center legislation has been a Chamber priority since 2009, and we applaud the leadership of our local delegation for helping ensure its passage, including Sen. Mike Parson, Sen. Jay Wasson and Rep. Kevin Austin who championed this year’s legislation.

Employment Law Reform
Rep. Kevin Austin's (R-Springfield) employment law reform bill, HB 1019, seeks to realign Missouri’s employment laws to be consistent with existing federal laws.  This measure passed the House with a vote of 95-60 but did not make it out of the Senate.

Transportation Funding
The lack of a viable solution on transportation funding was one of the biggest losses of the 2015 session.  The Senate spent many hours in debate over SB 540, sponsored by Sen. Doug Libla (R-Poplar Bluff) but could not agree on a funding mechanism for the states 34,000 miles of roads and bridges.   After initial approval in the Senate by a vote of 18-13, the legislation died in the Government Accountability and Fiscal Oversight Committee.   Although additional efforts were made in the final weeks of session, no consensus was found and as a result, Missouri will lose a projected $45 million in the state budget and $160 million in federal matching dollars. This will have a drastic impact on the condition of the state’s transportation infrastructure in coming years.

Unemployment Compensation Reform
The legislature passed HB 150, sponsored by Rep. Scott Fitzpatrick, (R-Shell Knob) which would make reforms to the state's unemployment system.  This measure passed the House by a vote of 88-68 and passed the Senate by a vote of 21-8.  The bill would link unemployment benefits to the rate of unemployment, and ensure that the state keeps more money in the unemployment trust fund, protecting the system from insolvency.  If the state were in a position of high unemployment (9 percent or higher) benefits would be available for 20 weeks. In periods of low unemployment (lower than 6 percent) benefits would be available for 13 weeks. The legislation was vetoed by Governor Nixon, but that veto was overridden in the House by a vote of 109-53.  The Senate is expected to consider an override during veto session later this year.

Medical Malpractice Reform
The House and Senate approved SB 239, sponsored by Sen. Dan Brown (R-Rolla).  This legislation would limit the amount an individual can receive for non-economic damages in a medical malpractice lawsuit by reinstating the limits that were put in place in 2005. The Chamber has advocated for reinstating the caps in order to limit the cost of medical malpractice insurance for physicians.  The bill passed with strong bipartisan support in both chambers and was signed into law by Governor Nixon.

Investment Incentives Extension
SB 194, sponsored by Sen. Ron Richard (R-Joplin), would extend the date on which certain employee-owned businesses that build new facilities or expand existing facilities have to commence or expand their operations from January 1 of 2020 to January 1 of 2025 and still qualify for the credit.  This measure passed the Senate with a vote of 33-0 and passed the House with a vote of 102-53.

University of Missouri Clinical Campus and Occupational Therapy Program at Missouri State University
Another win for the 2015 session was the agreed-on version of the $26 billion budget that includes significant wins for the Springfield region including $10 million for the Springfield Clinical Campus - a partnership with Mercy, CoxHealth, and the University of Missouri - and $1.3 million for the Missouri State University Occupational Therapy program.  The Chamber has advocated for funding for these programs for many years and applauds the General Assembly for making them a priority. Now that the funds have been approved, the next steps to making both programs a reality are already underway.  Last month, the Chamber, along with Mercy and CoxHealth, hosted MU medical students for a day trip to learn about Springfield.

Budget & Education
The Legislature passed and the Governor has signed a $26 billion budget for 2016. Included in the budget were continued commitments to education through additional funds to the Foundation Formula. Additionally, the legislature passed legislation that restored Springfield R-12 School Board of Education terms back to three years.

Notification of Sales Tax Law Changes
SB 18, sponsored by Sen. Will Kraus (R-Lee's Summitt) would require the Department of Revenue to notify sellers if there is a change in sales tax law interpretation.  This legislation was passed out of the Senate by a vote of 34-0 and by the House with a vote of 142-2.  This was a top issue among Chamber members, specifically fitness, yoga, gymnastics and Pilates studios, who were negatively impacted by a change in sales tax interpretation and subsequently notified by the DOR that they owed up to four years of back taxes, creating a tremendous burden for these businesses. This law provides for better consistency of application of tax law on all employment sectors in the future.

Initiative Petition Reform
SB 104, sponsored by Sen. Will Kraus (R-Lee's Summit), sets a deadline for courts to decide on challenges to ballot initiatives.  This deadline will help save taxpayer money on election costs and help the efficient execution of elections.  This legislation passed both chambers and has been sent to the Governor.

Trade Promotion Authority/Trans Pacific Partnership
Two major initiatives related to trade are brewing at the Federal level.  Trade Promotion Authority (TPA) gives the President the ability to negotiate trade agreements and have Congress provide an up or down vote on the measure in order to avoid amendments and changes of the agreements negotiated by the President.  Since the 1940’s, every president has had some version of TPA and no current trade deal has been negotiated without it.   The approval of TPA is currently tied to the negotiation of the Trans Pacific Partnership (TPP) and in order to finalize TPP, Congress must approve TPA. The Senate voted to approve the Trade Promotion Authority bill by a vote of 62-37, with the support of 13 Democrats and most Republicans. The bill now goes to the House which is expected to take action in June.

The Trans-Pacific Partnership (TPP) is a commercially meaningful trade and investment agreement with 11 other Asia-Pacific nations, including Australia, Brunei, Japan, Malaysia, New Zealand, Singapore, and Vietnam. It also includes Canada, Mexico, Peru, and Chile, thus offering a chance to integrate existing U.S. trade agreements in the Americas.   This trade agreement is America’s best chance to ensure the United States has the opportunity to compete as Asia-Pacific nations pursue new trade accords among themselves.  Ninety-five percent of the world’s consumers live outside of the United States and the Trans pacific Partnership would give small businesses the chance to penetrate these markets. The Senate voted to approve the Trade Promotion Authority bill by a vote of 62-37, with the support of 13 Democrats and most Republicans. The bill now goes to the House which is expected to take action this month.

Waters of the U.S. Rule
The Obama administration asserted its authority on the regulation of the nation's small waterways by moving forward on the “Waters of the U.S.” rule.  Last year, the Environmental Protection Agency (EPA) and the Army Corps of Engineers introduced the rule that dramatically changes the definition of waterways in subject to clean water permits.  This effectively expands the jurisdiction of the Clean Water Act beyond the statutory navigable waters of the U.S. and broadens the federal power to tributaries, ditches, streams only flowing during heavy rains and waters in flood plains. On May 15 the House voted and passed H.R. 1732 – the Regulatory Integrity Protection Act of 2015 which would force the EPA to withdraw and reconsider this proposed agency rule change.

Additional legislation has been co-sponsored by Senator Roy Blunt (R-Springfield) ensure the protection of traditional navigable waters of the United States. It also protects farmers, ranchers and private landowners by removing isolated ponds, ditches, agriculture water, storm water, groundwater, floodwater, municipal water supply systems, wastewater management systems, and streams from the list of water impacted by the EPA rule. Senator Blunt has also introduced the Regulatory Review and Sunset Act that would restore federal agency accountability to the public and Congress as well as insure greater transparency by agencies in their decision making and rule making process. The Regulatory Review and Sunset Act agencies must consider the views of the public, and those views will be a factor in determining if rules will be deemed obsolete or unnecessary.